Aside from the big ones, HTC, Samsung and Nokia, Microsoft may score a few more Windows Phone 8 models from other hardware partners, such as Acer, ZTE and even Huawei. Today we ran into a leaked bezel of the mysterious Huawei Ascend W1 handset, rumored to run WP8. 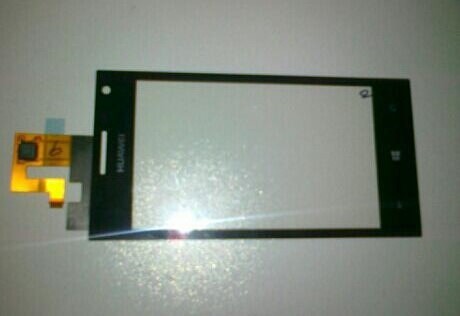 The Ascend W1 is speculated to be the first Windows Phone 8 device made by this company and meant to debut in China by the end of the current year or in 2013. Huawei was already pretty deep into the whole Android thing, with a very slim phone, a decent dual core phone and a quad core phone that was extremely delayed. We can’t tell much from the image here, but the design looks typical for a Windows Phone model.

The leak came via social networking site Sina Weibo and we tend to believe this is a real picture, not a fake. With Huawei also on board of the Windows Phone train, we wonder when it will be time for Sony to join it, especially since it had some leaks of its own on the WP front.