We’ve been hearing a lot about 8 core phones since MediaTek launched its octa core chipset and now Huawei joins the ranks of companies launching devices with this CPU On board. They’ve got at least one or two new models with such a CPU, including the leaked G750 below. 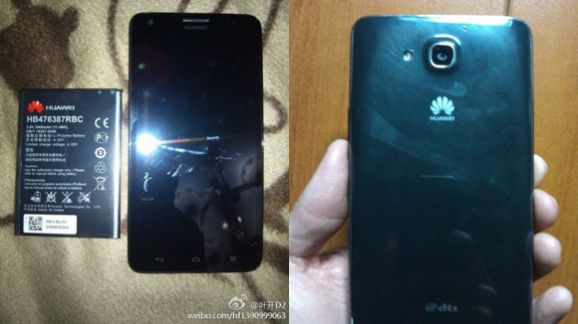 Some say this could in fact be the rumored Huawei Honor 4/Glory 4 unit, but we can’t confirm or deny that. Huawei G750 is an octa core phone with a MediaTek CPU clocked at 1.7 GHz, the MT6592. The handset also packs a 5.5 inch display, but one with a mere 720p resolution sadly. It also has 2 GB of RAM, 32 GB of storage and a 13 megapixel back camera.

There’s Android 4.2.2 as the OS and this model is headed to China’s 3 big carriers: China Mobile, China Unicom and China Telecom. The design is pretty basic, although the handset looks rather wide and I sure hope that big battery passes a day of usage.