Home Huawei Huawei Honor V8 Shows Up in a Picture with Just a Week... 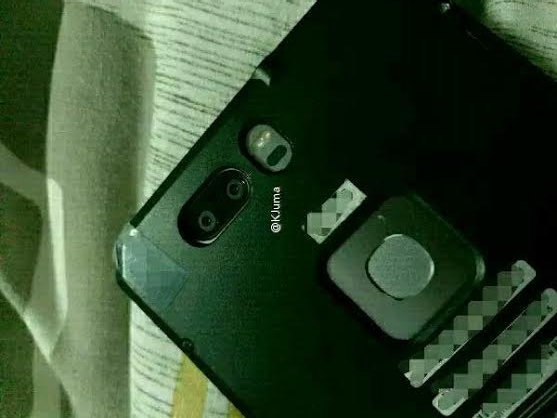 For May 10th we have two big launch events prepared, and one of them is the Huawei Honor V8 official announcement – Huawei’s first mobile device that comes with a Quad HD resolution. With just a week left until its debut, we get the chance to take a look on another picture with this phone, one that let us notice that dual-camera found on the back.

Even if the phone’s design is hidden here by a protective case, we can see the dual-camera alongside the LED flash and the laser autofocus module. Also, on the back cover of this phablet we have a fingerprint scanner, one that might offer different features beside unlocking, like browsing through photos or taking pictures by simply touching the button.

Among Huawei’s Honor V8 specs we have a 5.7 inch display, an octa-core HiSilicon processor, and 4 GB of RAM memory. Thanks to the certification received from TENAA, we learned that Huawei will bring two different variants of this phone on the market. The first one comes with FHD display, 32 GB of storage, and with a 8-megapixel selfie camera.

The premium model will offer a 5.7 inch screen with QHD resolution (2560 x 1440 pixels), 64 GB space of internal storage and a dual-camera setup (two 12-megapixel sensors). Just like the Huawei P9 dual-camera, this one found on Honor V8, could offer some additional features like the possibility to change the focus in a picture even after we’ve captured the image.

More about the Huawei’s Honor V8 capabilities in terms of photography we’ll find out in just a week.