Home Huawei Huawei Mate 8/Mate 7 Plus Pictures Hit the Web; We Get a... 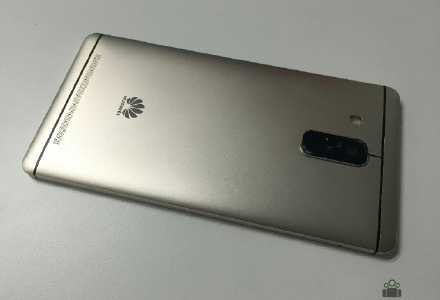 With each day passed we’re getting closer to IFA 2015, a tech show where Huawei will also take place this year and launch a new couple of smart devices. Among them is rumored that the Chinese company will unveil the Mate 7 Plus / Mate 8 Phablet, without knowing which one will be the real name between these two.

As you can see from the picture above, the rear cover of this Mate phone suffered a little change. More precisely, if you are familiar with the Mate 7, then you’ll notice the black bar where the camera sensor and the fingerprint scanner are now placed.

From some previous leaks we found out that Mate 8 / Mate 7 Plus could arrive in the package with a 6-inch Quad HD display, 3 or 4 GB of RAM memory, and 32 or 64 GB space of internal storage. A 20.7-megapixel rear camera and a 8-megapixel front-facing sensor will also be included. Apparently, this phone will pack a big 4.500 mAh battery.