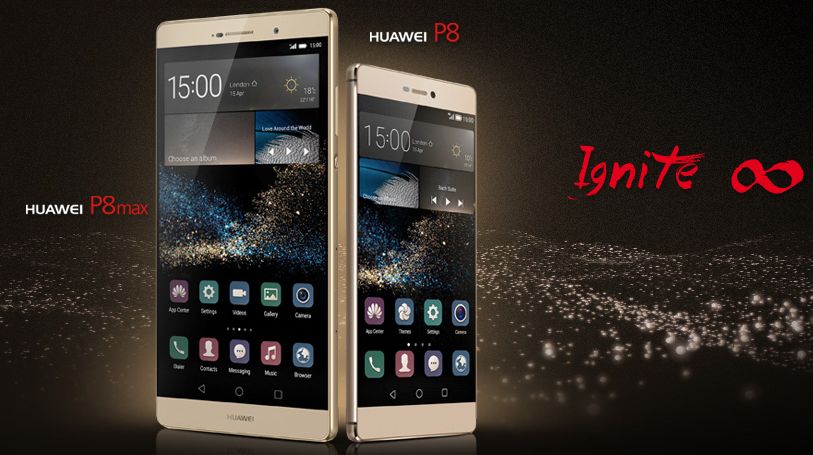 During today’s Huawei event in London, the Chinese company finally announced the P8 flagship phone, but that device wasn’t alone. They also debuted the P8 Max phablet and P8 Lite midranger. The Huawei P8 ditches the Ascend brand and comes with a slim waistline of 6.8 mm. 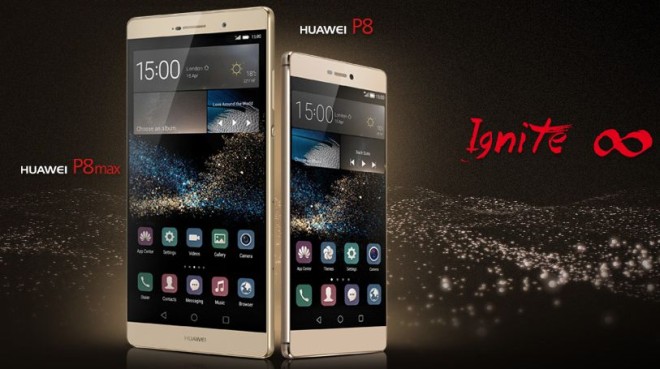 It weighs 144 grams and packs a 5.2 inch Full HD screen, as well as an octa core HiSilicon Kirin 930 processor, 3 GB of RAM and 16 GB of storage. The basic version is priced at 499 euros and comes in May, while the 64 GB model costs 100 euros more. This handset integrates a 13 megapixel back camera with OIS and a RBGW sensor, as well as F/2.0 lens.

There’s an 8 megapixel selfie camera included, a 2680 mAh battery and Android 5.0 Lollipop runs here with the new EMUI 3.1 on top. This new UI features a Knuckle Gesture, that allows you to double tap the screen with your knuckle to capture a screenshot for example. By the way, as a last mention the P8 comes with an unibody metal case.

This product is going to cost about 550 euros and it will debut a month after the P8. Finally, the Huawei P8 Lite wasn’t announced during the London event, but rather uncovered without a big fuss. It doesn’t have a price and clear launch date, but we do know it comes with midrange specs, like a 5 inch HD screen, HiSilicon Kirin 620 64 bit octa core CPU and 2 GB of RAM.