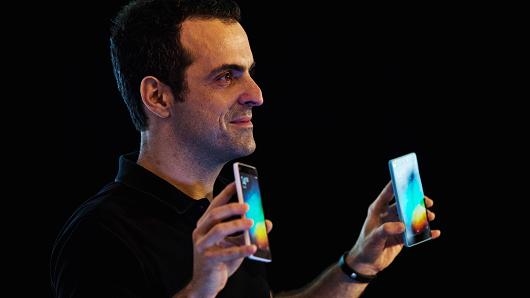 Hugo Barra recently gave an interview to New York Times, in which he detailed the strategy of the company Xiaomi, where he’s been a key official for the past 2 years. Barra comes from Google and he talked about some interesting developments in the interview.

The vice president of international operations at Xiaomi makes statements at a time when Xiaomi has just lost its top spot in China to Huawei. From the interview we learn that India is a great market for Xiaomi and Barra himself has spent “at least 50% of his time over the last 18 months” in that area. It appears that starting off in July last year with the market penetration, Xiaomi managed to sell 3 million devices in one year in India.

In Q3 they passed over one million devices in a single quarter and averaged 45% growth quarter over quarter. Indonesia and Brazil are also markets Xiaomi is looking at, as well as the African continent, that’s being evaluated right now. The interview also mentioned the other new products from the company, like the Mi Band or air purifier, that may make it out of China sometimes soon.

Virtual reality is also on the table and in the meantime we learn that Xiaomi has filed patents for over 6000 intellectual properties since it first started and may get to 10k next year. The same Chinese firm also invested in 56 startups, keeping things fresh for a while. Part of the patent focus may come from various trolls trying to cash in on Xiaomi products.

The future looks interesting for Xiaomi.

via padnews.cn and NY times