We know about Huawei, ZTE, Pantech, Fujitsu and other companies from Asia that have entered the Android device game, but Haier is a new name in that area. They’ve unveiled at IFA 2012 a new tablet and smartphone, that they intend to take over the market with, or at least make their name matter. Chinese company Haier unveiled the Maxi Pad tablet and the 5.3 inch phablet Phone Pad 551. 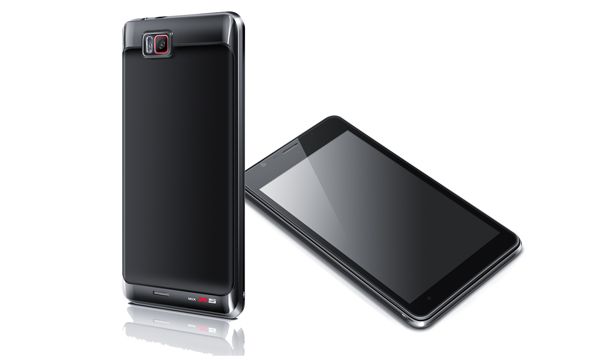 This one supports a 940 x 540 pixel resolution and runs on a mystery version of Android, that hasn’t been mentioned. It could be Android 4.0 or maybe a surprise Jelly Bean preinstallation. Also on board we find an 8 megapixel rear camera, 4 GB of on board storage, WiFi and 3G, plus GPS. The device doesn’t have a price and neither does another new entry, the 7 inch Haier tablet with Android 4.0 ICS on board and a Cortex A8 processor.

The phone pictured here, or better said the phablet looks pretty solid and all squared up, without too many curves. I supposed it will have a low price and so will the new Haier tablets, as the brand tries to enter the market with an appealing price point and make a name for itself.