Engadget managed to score some photos of the Magnus, a Pantech phone coming to AT&T that has quite a bunch of specs in common with the Vega Racer 2. However, the design is not at all similar, as shown in the picture below. We see both the front and the rear here and I can say that this model looks like a pretty cheap unit. 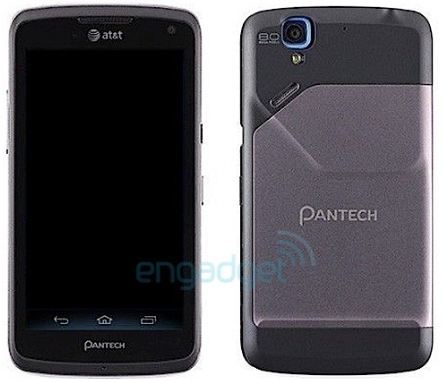 It does come with a HD display, LTE connectivity, an 8 megapixel camera with flash at the back and a dual core Qualcomm Snapdragon S4 processor. There’s also Android 4.0 ICS on board preinstalled on the handset and we have no idea when AT&T will decide to release the Pantech Magnus to the wide market. That’s supposed to happen soon enough.

The only thing I like about this model is the back side, that looks like the one of a high tech HTC and what I don’t like is the camera area, with that strange blue ring around the camera sensor and the flash placed below it, like it’s there by mistake.