Sony is a big presence at IFA 2012, unveiling a bunch of new Xperia phones, as well as the first Xperia tablet. The newcomers in the handset area are the Xperia T, Xperia V and Xperia J, all of them evolving from the idea of the Xperia Arc design. The Xperia T is a global flagship model, pictured below. 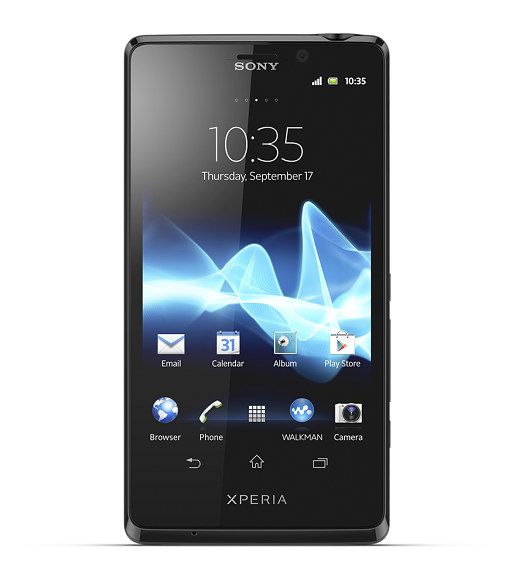 This device comes with a 4.6 inch screen, with 720p screen resolution and a scratch proof glass. Under the hood there’s a Qualcomm Snapdragon S4 processor, a dual core Krait CPU at 1.5 GHz, a popular solution nowadays. To that we add 1 GB of RAM and an Adreno 225 GPU. The same Xperia T comes with a 13 megapixel camera with LED flash, able to shoot 1080p video and it’s accompanied by a front camera capable of doing 720p videos. The device measures 9.35 mm and weighs 139 grams. You should also know that the Xperia T has a 1850 mAh battery.

It also has 16GB of storage and a microSD card slot. The handset has two versions: one with LTE and one with HSPA+. There’s also a slightly tweaked version, the Xperia TX, identical to the Xperia T, but headed to Asia and replacing the CPU with a Snapdragon S3, still dual core at 1.5 GHz, but accompanied by the Adreno 220 GPU and a 1750 mAh battery. And here comes the Xperia V, pictured below. 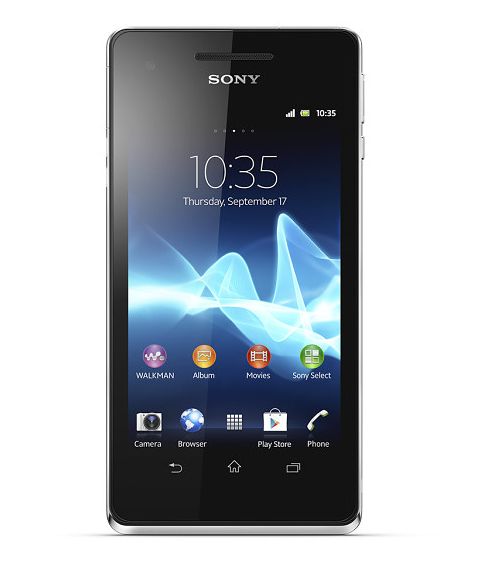 This model is LTE enabled and comes with IP57 certification, so it’s dust and water protected (one meter, 30 minutes). It adopts a 4.3 inch 720p screen, a 13 megapixel camera with 1080p capture and the Qualcomm Snapdragon S4 processor at 1.5 GHz. It also has 1GB of RAM and the Adreno 225 GPU. Finally we get 8GB of storage and a microSD card slot, as well as a 1750 mAh battery. The smartphone weighs 120 grams, measures 10.7 mm in thickness and comes with a 1750 mAh battery.

Finally, the Xperia J has a 4 inch screen, with FWVGA resolution and Gorilla Glass protection. This model has a single core 1 GHz Scorpion CPU, 512 MB of RAM and Android 4.0 ICS, so it fits in the lower price range area. It has 4 GB of storage and a microSD card slot. The camera at the back is a 5MP unit and the Xperia J is actually pretty thin for an entry level unit: 9.2mm to be more precise. It’s still a bit heavy, at 130 grams. It packs in a 1750 mAh battery, apparently.  Picture of the Xperia J: 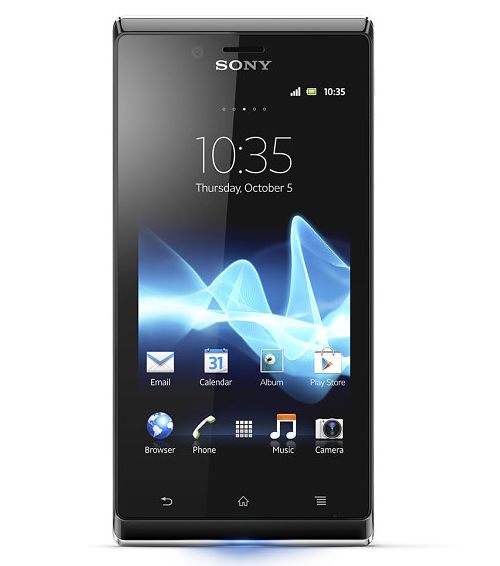