Motorola and Intel have been official partners for a while now and there will be an event to certify their cooperation. Taking place on September 18th, the two companies’ big event will probably involve a smartphone with Intel CPU, an initiative that has been rumored to happen since earlier this year. 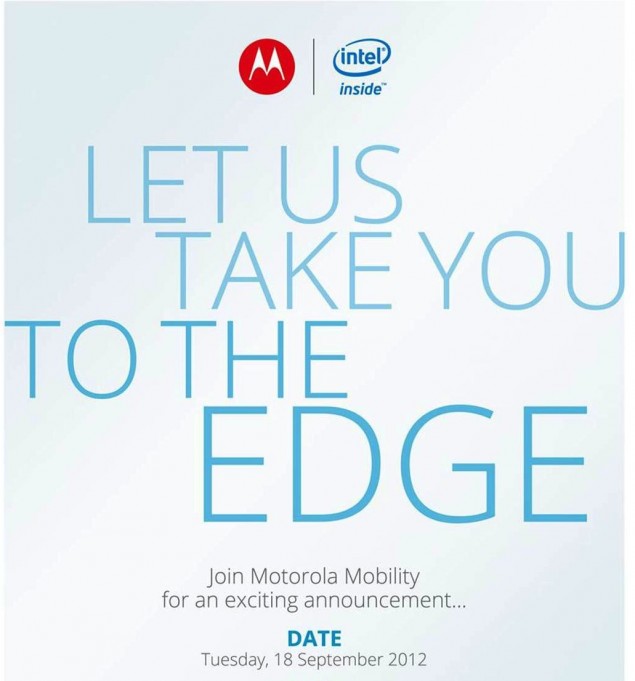 The invitation to the press event on the 18th reveals the Intel logo pretty proeminently depicted at the top. There’s also a motto saying “Let us take you to the edge”, a hint to the recent Motorola Blade codename that was leaked together with some images. There’s also a speculation that the phone will be called Edge, but we can’t confirm any of the naming patterns. Recent leaks seem to point towards a device that adopts the current RAZR aesthetic.

Anyway, London and September 18th are two pieces of information you must remember. This new Motorola model will join the likes of Lenovo K800, Lava XOLO X900, Orange San Diego and MegaFon Mint, the latest Medfield-based handsets. Maybe the newcomer will adopt a new generation of Intel CPU, who knows?