LG has just announced a brand new Android smartphone, the Optimus L9, that comes with a 4.7 inch IPS display and Android 4.0 ICS. This is a midrange phone that fits right below the LG Optimus G, unveiled yesterday. The device’s budget oriented nature is revealed by the 1 GHz dual core processor and 1 GB of RAM. 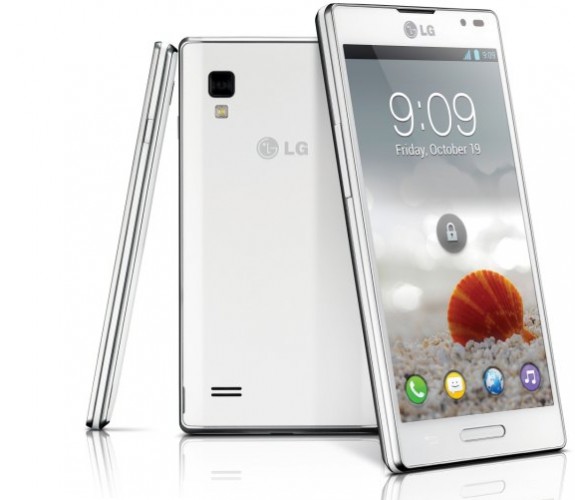 On the OS side, we’ve got a custom version of Android 4.0 with LG’s skin on top. At the back there’s a 5 megapixel camera and a VGA front shooter for video calls. LG didn’t mention a screen resolution, but at least we know they used an IPS panel here, so broader viewing angles are a sure thing. Also improved brightness is guaranteed on this model, compared to the regular LCD. We also get 4 GB of onboard storage and a high density 2,510 mAh battery, that uses the company’s SiO+ technology. There are no runtime figures here, aside from the “all day” usual performance.

LG Optimus L9 measures 9.1 mm in thickness, weighs 125 grams and has metallic highlights, that make the device look more elegant. As far as software goes, the on screen keyboard is able to change layout depending on the right or left hand usage. There’s also QMemoTM on board for recording notes (handwritting support is included, but no stylus. Another included feature is QTranslator, that uses OCR and online translation tool to convert foreign text into native language. Expect more details from IFA 2012. 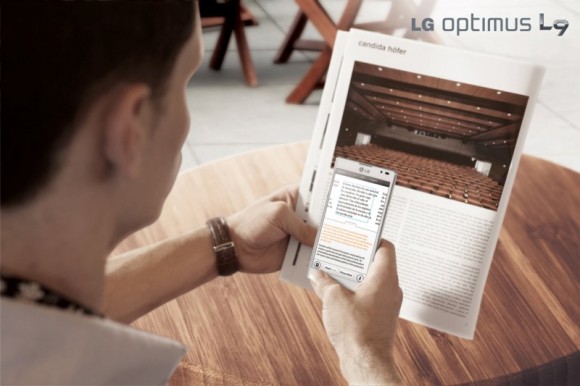