LG Spectrum 2 has leaked, now shown with 3 different accessories. Those include a car mount and a desktop dock among others. There’s also a shot of the handset inside a case with a kickstand at the back. The phone appeared on the CelleBrite system, used by carriers to transfer information (contacts list for example), from one phone to another. 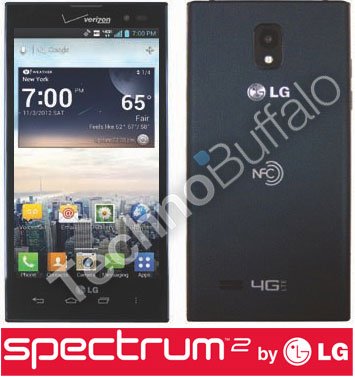 Spectrum is supposed to pack a 4.7 inch True HD IPS display, a dual core 1.5 GHz Qualcomm Snapdragon S4 processor and 1 GB of RAM. Other features include an 8 megapixel camera at the back and a 1.3 MP shooter at the front, plus a 2150 mAh battery. Android 4.0 is preinstalled on this newcomer and the phone is based on the LG Optimus LTE 2, that has 2 GB of RAM on board, so it would be cool if it borrowed that aspect from it.

We have no idea when this model will be launched or the price tag it will get, but what’s sure is that Verizon will offer it, most likely with LTE support. It may even end up competing with another LG product, the Intuition, the rebranded Verizon version of the LG Optimus Vu. Between a phablet that’s 5 inches in diagonal and this 4.7 inch smartphone, what would you choose?