Inbrics created a very cool AMOLED Android device going by the name of MID 1 and pictured below. Now the handset is ready for a demo over at CES 2010 and we’re very impressed with its touchscreen display, QWERTY keyboard and the fact that it may even support WiMAX connectivity. 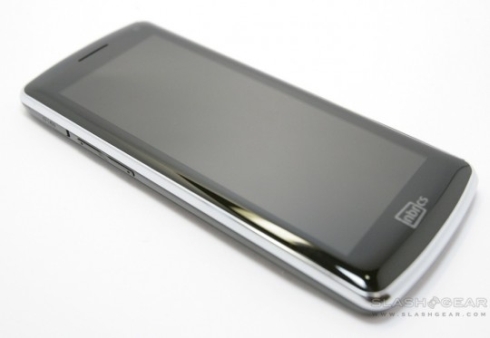 The device also packs an ARM Cortex A8 processor, GPS, WiFi, Bluetooth and 3G connectivity, plus 16GB of internal memory and a microSD slot. On the back there’s also a 3 megapixel camera, while videocalling is handled up front via a VGA resolution cam.

As far as software is concerned, you’ll use the “3 Screen Plus” convergence system, that turns MID 1 into a central controller, pushing media via TVs, handsets, PCs and DVRs. Inbrics says it’ll partner with SK Telecom, T-Mobile, China Mobile, Samsung, LG and Kyocera to sell this product, that’ll reach the US in 2010 or early 2011.

In the meantime, here’s a short demo of the MID 1: