Home InFocus InFocus M810 Gets Benchmarked; Comes with a 5.5-inch FHD Display and a... 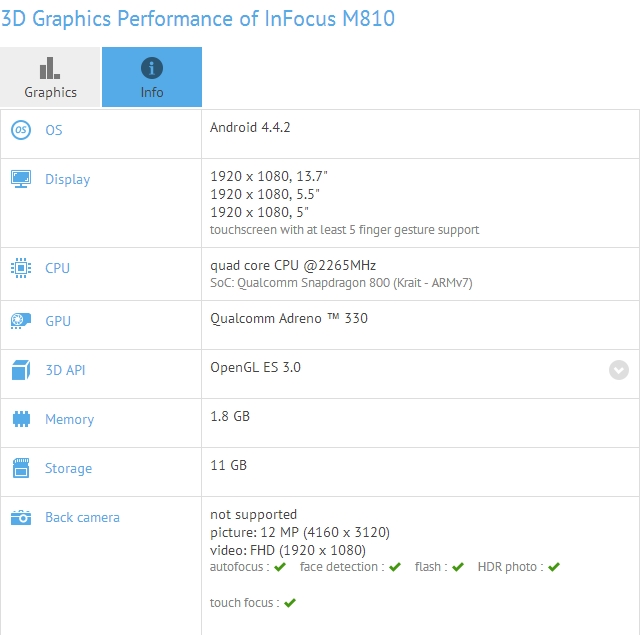 After yesterday, when InFocus released a teaser website for its new flagship phone called M810, now the device in question gets benchmarked in GFXBench. As you found out, InFocus will officially launch this smartphone on the Chinese market on July 30.

According to GFXBench, InFocus M810 comes with a 5.5-inch Full HD display, a quad-core Qualcomm Snapdragon 800 processor clocked at 2.26 GHz, an Adreno 330 GPU, 2 GB of RAM, 16 of storage, a 13-megapixel main camera with autofocus, face detection, flash and touch focus, and a 5-megapixel front-facing camera.

On the connectivity side we get Bluetooth, NFC, GPS and WiFi. We also have various sensors like an accelerometer, a barometer, a gyroscope, a lightsensor and proximity sensors. InFocus M810 comes in single-SIM variant and we expect a great price on the market once launched.