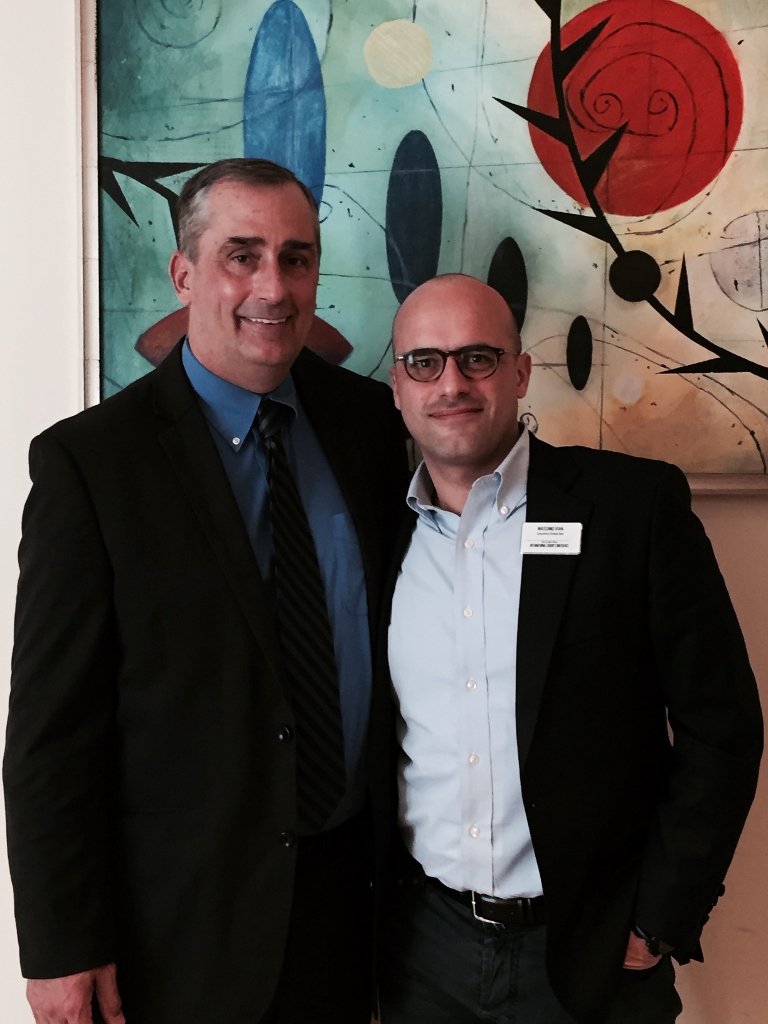 Intel was already getting involved a lot with various wearable initiatives, but thanks to a new deal struck with Luxottica, it’s clear they also want a piece of smart glass pie. They announced a multi year deal with this firm, that coincidentally also works with Google on the Glass thing. 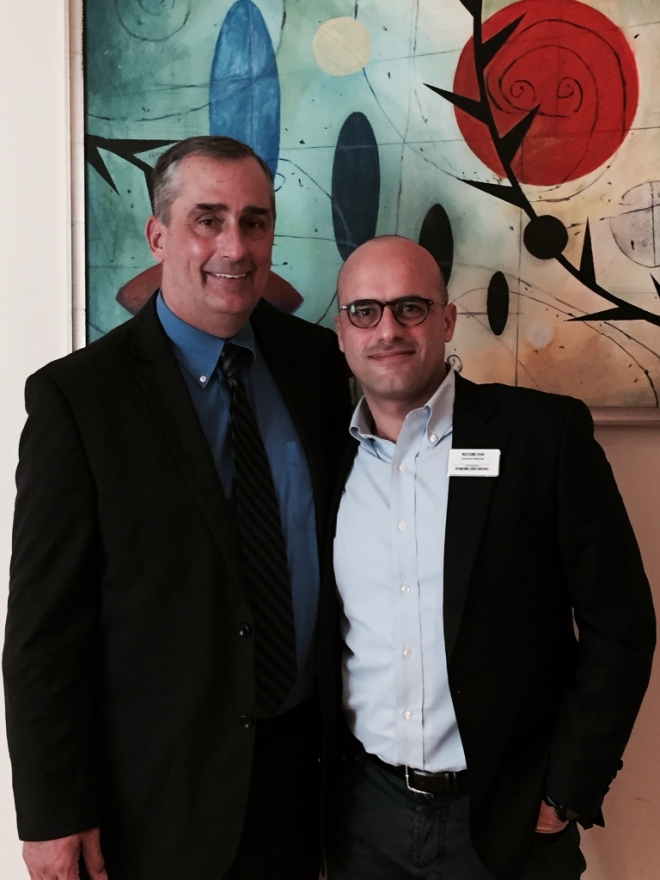 Luxottica Group will work with Intel on smart eyewear, that will not only be functional, but also stylish and probably luxurious. Their aim is to deliver “premium, luxury and sports glasses that also have intelligent features. A product will be spawned by this partnership in 2015 and it all lines up with the recent rumors about a next gen Google Glass with Intel Inside.

In the image above you can see Brian Krzanich, Intel’s main man and Massimo Vian, the CEO of Luxottica Group. This company is famous for working with Vogue, Ray-Ban, Armani, Bulgari and Chanel, but also Prada and Versace, so they’re the real deal. The Google Glass pair was nice, but it wasn’t stylish that’s for sure. Maybe Intel and its new partner will solve that problem.