Since there’s no trace of proper announcement or leak regarding the Nokia Lumia 1030, we have to resort to renders and concepts. Designer Jonas Daehnert, who has created a few interesting concept phones in the past, has come up with the Nokia Lumia 1030, that’s shown in the renders below. 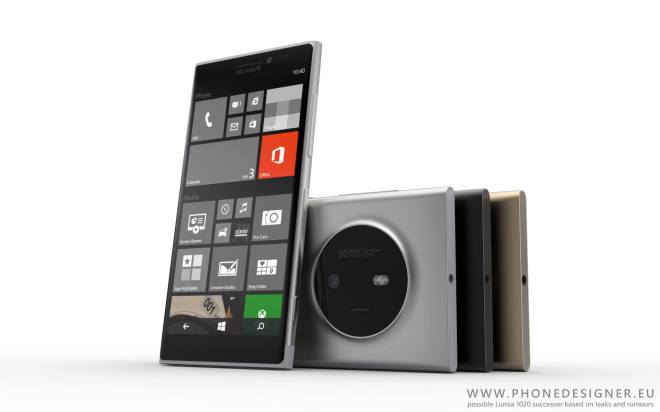 We’ve already seen this phone, or a version of it pictured in China, as a prototype of a cancelled Lumia 1030 was somehow photographed. The designer was inspired by that model and also used his own predictions to create the Lumia 1030 shown here in 3D renderings. We now get a less bulky handset with a huge 50 megapixel camera, with Carl Zeiss technology, dual LED flash and Xenon flash, too.

The design is still the typical Fabula one and still involves a camera hump. The speakers are placed at the bottom and the edges of the phone are very rounded. We still have a physical camera button, in spite of Microsoft saying that isn’t a requirement anymore. As an extra the designer rendered a bronze version of the smartphone, that looks very hot. I wonder why the SIM slot was placed on the side, instead of the top this time…