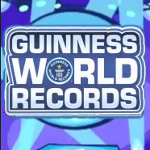 We know that the iPhone 4 has been doing well in sales, but how about a confirmation through yet another award? We’re talking about the 2011 Book of World Records, that recently recognized the iPhone 4 as the “Fastest Selling Portable Gaming System”, with its 1.5 million units sold on the launch day.

This figure can be compared to the 200,000 units of the Sony PSP sold on the 2005 debut day or the 900,000 models of the Nintendo DS that took off when the device debuted. The App Store also got an award as “The Most Popular Application Marketplace” and another one for being the “Largest Downloadable Video Game Store”.

Folks responsible with the 2011 Book of World Records monitored the activity of the App Store, saying that from its opening day till September 2010 it reached over 6.5 billion downloads and 259,740 hosted apps. 37,362 of these are games and once again this service got a mention in the Book of World Records for having the “largest launch line-up of any gaming system”, with 500 available apps on the launch day.