With the iPhone 5 being announced next week, it’s only logical that carriers and retailers start preparing for the big debut. And so they did, by ordering a few new cases, just like the one pictured below and spotted in an AT&T store. 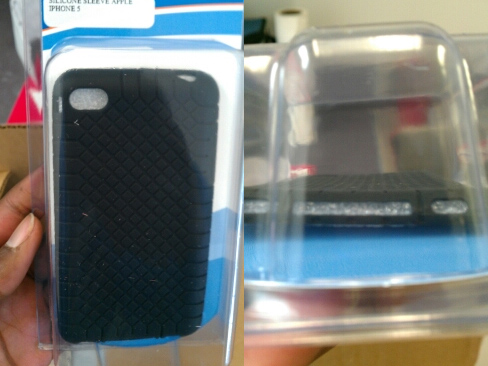 Interestingly enough, this case looks quite a bit like the accessories previously leaked by Case-Mate, that had to pull down its page with iPhone 5-associated products. This means they were right about the design and now AT&T’s case supports their designs. What you see here is a black silicone case with a diamond pattern at the back and sides contoured to the shape of the iPhone 5.

We’re not sure if the new apple handset will feature a tapered design, but that’s most likely the case. One thing to notice here is that the case is certainly thinner than the iPhone 4 and that the mute switch has been moved to the opposite side. On the top of the packaging it’s written iPhone 5, so this is too much trouble to be a fake.

The countdown has started and we’re anxiously waiting for the new handset. Are you ready for it?