If you think that Apple didn’t matter that much in the big picture, you may be surprised to find out that they might actually bring in a 0.5% boost of the GNP in Q4 with the iPhone 5 alone. For those of you unfamiliar with the economic terms, GNP stands for the total amount of goods and services produced inside a country. 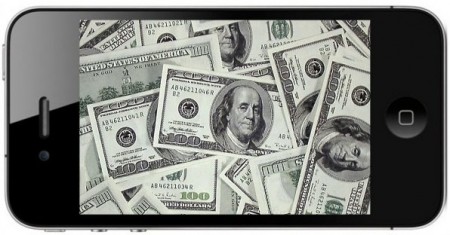 J.P. Morgan’s chief US economist Michael Feroli expects Apple to move 8 million units of the new smartphone in that last quarter this year. This doesn’t even include the sales of other models, so Apple will actually bring a lot of capital to the country. Anyway, at $600 a pop, Feroli figures that even with $200 subtracted for imported parts, there’s a trade margin of $400 made per each new iPhone for Apple. That would result in an extra $3.2 billion worth of sales or $12.8 billion on the annual basis.

With that amount of money there will 0.33% added to the GNP and even with some users paying less because of carrier subsidy, the figure would still be high. The economist also says that last October brought us the iPhone 4S and a combined sales total of 37 million in Apple models in Q4 alone. This means an improvement of 0.1% to 0.2% in the last year annualized Q4 GNP. And considering the iPhone 5 launch will be bigger, the sum will also be bigger.