The iPad Mini isn’t the only device with a strange diagonal coming from Cupertino, since Apple is now rumored to be preparing a 3.95 inch iPhone. This is also supposed to be a widescreen device, so the general format of the handset will be kept, but the length will be tweaked a bit. 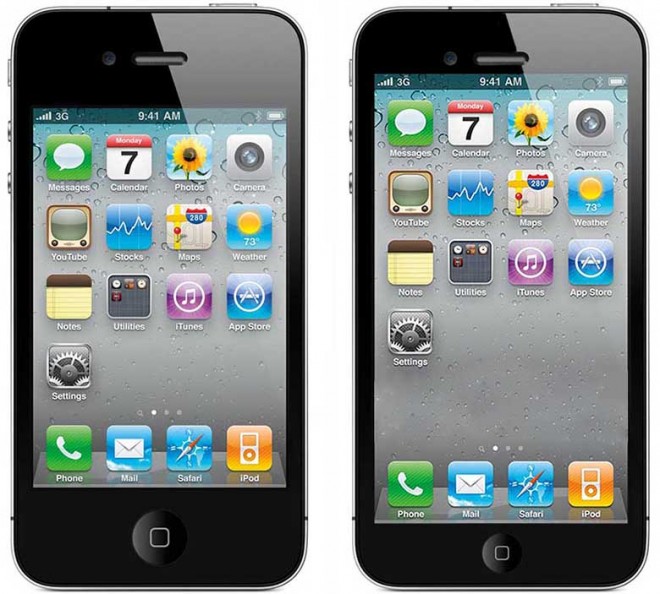 Obviously you should take all rumors about The New iPhone with a grain of salt, but with WWDC 2012 so close, every info becomes more interesting every day. Last I heard, sources like Reuters, Bloomberg and WSJ were pretty sure that the next iPhone will be a 4+ inch affair. Also, it appears Steve Jobs himself was working on this new handset, focusing less on the iPhone 4S before passing away and more on the next gen handset. Recent reports say that Apple is actually testing two iPhone prototypes with the codenames iPhone 5,1 and iPhone 5,2, with these codes referring to both colors and storage options.

With the widescreen display and the assumption it’s still a Retina screen, the resolution should be 640 x 1136 pixels, allowing to add an extra row of icons, reaching a total of 20 plus the 4 in the dock. The problem is that the pixel aspect ratio will be 1.77 instead of 1.5 as it was before and this requires a change applied to all of the apps in the App Store. Will Apple go for it?