Announced on September 12th and selling starting with September 21st, the iPhone 5 has finally reached our testing table. We’ve unboxed it for your viewing pleasure and you can watch the resulting video below. The handset is sold in black or white and goes for $200, as the starting price with a 2 year contract. 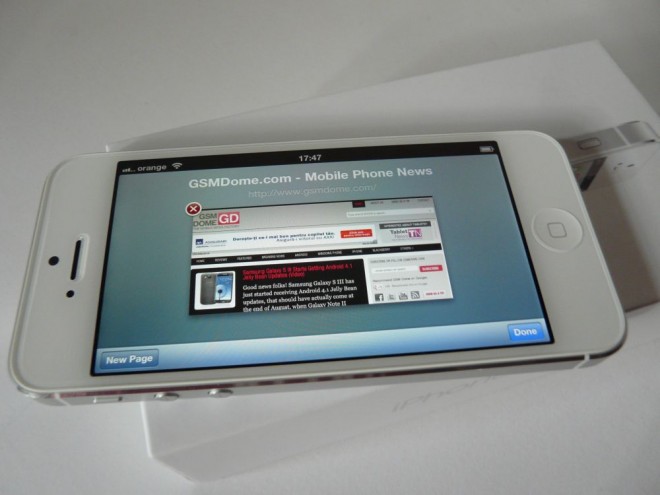 The device is available in 16, 32 and 64 GB of storage and measures 7.6 mm in thickness and weighs 112 grams, 20% than the iPhone 4S. Inside the compact white box we find the handset with two plastic sheets on it (front and back), a bunch of manuals, the nano SIM card tray key, charger, USB/Lightning cable and the EarPods headphones. One thing I noticed from the start is that the iPhone 5 takes a long while to shut down and start up when keeping the On/OFF button pressed. 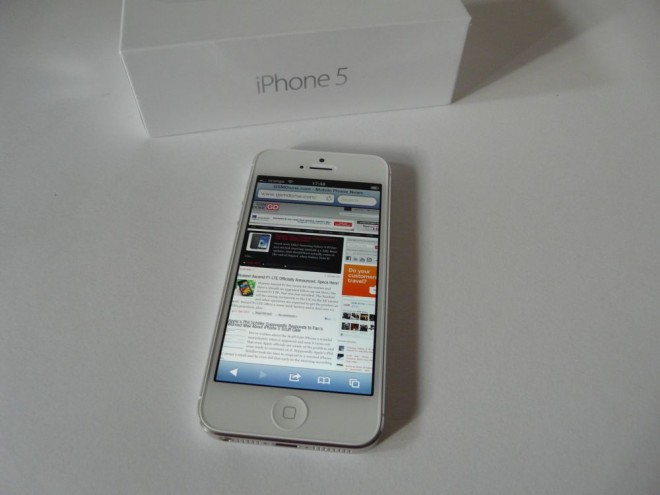 I also noticed that the handset feels great in the hand, it’s extremely light and has very good grip. As you can see it’s bigger than the iPhone 4S, I mean longer with almost 1 centimeter, since it packs a 4 inch display. Said display supports a 640 x 1136 pixel resolution and the panel used here is an IPS LCD with 326 ppi density and 16:9 aspect ratio. Other features include a 1440 mAh battery, a dual core Apple A6 processor, 1 GB of RAM, an 8 megapixel camera with sapphire glass protection for the lens and a front 1.2 megapixel camera. At the bottom of the phone we have the Lightning port and the moved audio jack that instead of the upper part is now at the bottom.

iPhone 5 runs iOS 6.0 and we also showed you a bit of the Apple Maps solution and a bit of the new and upgraded Siri. We’ll be back with more details in a lengthy preview, but for now the device feels and looks stunning. No light bleeding or chipping yet!