Who knew that RIM was still able to come up with something original? They’ve just posted a video detailing a bit of the BlackBerry L Series and N Series devices and also a crazy idea, a really good PR stunt. They intend to hand over the first high end smartphone with BlackBerry 10 on board to famous people like Lady Gaga and Ridley Scott and have them create content on the device in a single day.

The L Series model is a device we’ve seen before in presentations and demos, once again in a case of sorts, that hides its design. RIM’s idea is simple: the L Series high end BlackBerry goes to Lady Gaga, she writes and records a song using the phone in a single day and then passes it on to J.K. Rowling. The creator of Harry Potter than writes a short story and then the phone reaches Ridley Scott, the creator of Alien, who uses the editing software on the device to create a movie poster and also records a short movie with it.

Then the device gets passed on till it reaches normal people, who will get one day with the handset, to do what they want with it and use it for their purposes. In the video we see Twitter, Flickr, Facebook integration and some very cool photo editing effects for the BlackBerry 10 OS. The marketing project will select 10 people from a collection of both famous and no famous areas. This feels like a great initiative and for the first time I see hope for RIM if they make it to the end with the project. 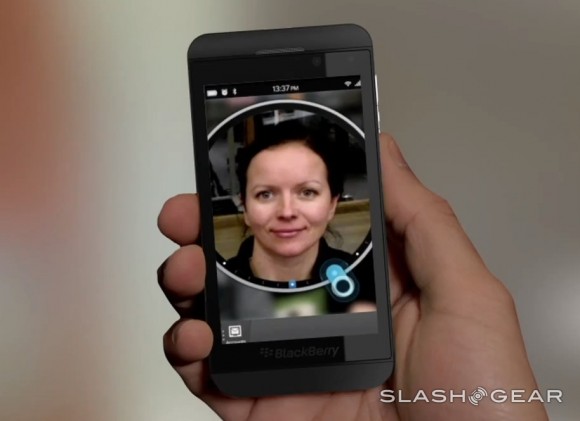