AT&T CEO Randall Stephenson has admitted yesterday that the iPhone’s exclusivity on AT&T is not something that will last forever, considering the constant negotiations and rumours regarding Apple’s possible switch to another carrier. Meanwhile, iPhone users have a reason to rejoice: Google Latitude has just hit the App Store. 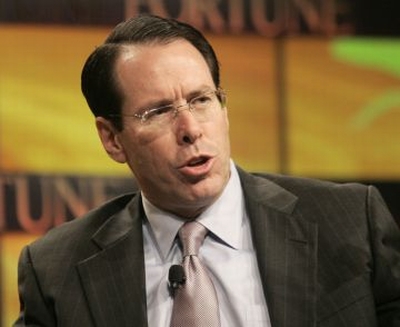 Fortune’s Stephanie Mehta asked AT&T’s CEO whether or not he’s satisfied with the cooperation with Apple, but Stephenson was quite diplomatic about it, comparing the relationship to a marriage. The US carrier’s earnings were struck hard by the expense of the new iPhone 3GS, a fact mentioned by the CEO, but this is a long term investment, that’ll eventually bring the cash back and earn something extra.

As far as Google Latitude is concerned, it has just hit the App Store, a couple of hours ago, after the newest iPhone OS implemented some location-based features, specifically for services like Latitude.