Apple must have felt the threat coming from Pal Pre, since they’ve launched iTunes 8.2.1, a version that breaks the Palm Pre syncing. This is a big blow for Pre users, who are advised not to update to the latest iTunes, at least not till Palm solves the issue and releases a firmware update for it. 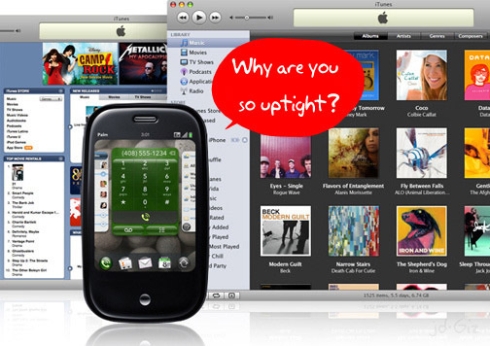 Palm announced officially that people might consider staying with the previous iTunes version, or transferring music via USB, or even opting for other third party apps. Apple was quite tough on its feet and claimed that the new iTunes simply provides syncing only for iPods, not for “devices pretending to be these players… like Palm Pre”.

Ouch! Is this is war we’re seeing here?