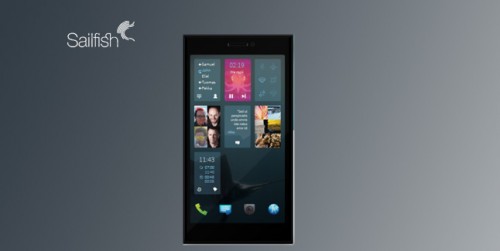 Nokia amazed everyone this week with a cool Android launcher and now their rebel branch that left the company, Jolla announced it will release the Sailfish OS for Android handsets. For now all we have is an Alpha version of the platform.

This is a test version, that’s obviously buggy and the OS is buttonless like the Nexus series. People who want to be part of the test have to send emails to [email protected] from their Google account and include their name and which devices they’re using. Then you will receive the Google Play installation link and instructions. This is only available till June 27th 2014.

Requirements include owning a Nexus 4 or 5, or another device with Android 4.3 or later, plus a Google account. For those of you not familiar with Jolla or Sailfish, the latter is a Linux based mobile OS that was inspired by the MeeGo project. Its SDK is based on the Linux kernel and Mer and the OS comes with a proprietary multitasking UI programmed by Jolla. Sailfish requires no physical or virtual Home, back, menu or search buttons, relying only on gestures. You swipe up to the screen from the left or right to go back or forward between apps and up from the bottom of the bezel to go back to the homescreen.

Finally if you swipe from the bezel down you get the settings and toggles area.