Here’s a pretty neat concept meant for DJ and music fanatics who need to mix tunes on the go and play their songs with all sorts of equalizers attached. I’m talking about the kre-8 concept phone, created by designer Jose Tomas DeLuna, who describes the handset as “the next gen music tool/communication device for the musically creative and the aspiring musician as well”. 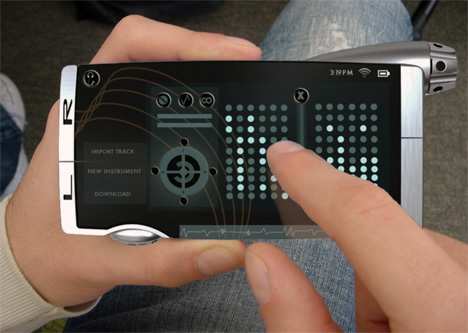 kre-8 packs a touchscreen and an accelerometer, the latter being crucial for the device’s operating stances since it’ll trigger 3 different modes: instrument, mix and record. Musical output will support the MIDI standard, so you’ll be able to connect the device to an expensive Pioneer audio setup. 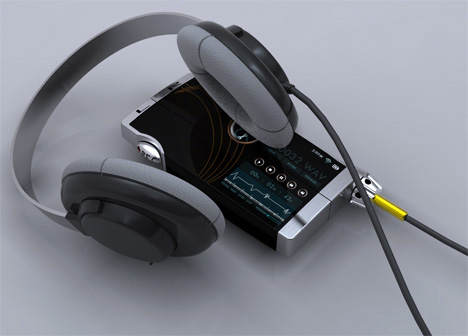 Also, the music you create can be shared with other users via 3G, so other people will start mixing your mix and remixing the mashup you’ve just mashed. Does this device take calls? It should, because it is a phone after all, right?