Although Qualcomm is swamped with orders for Snapdragon S4 CPUs, they managed to fit in a South Korean company called KT-Tech, apparently. They implemented the CPU on their latest phone, called the Take LTE (KM-100), that’s pictured below and runs Android 4.0.4 on top of the dual core 1.5 GHz Snapdragon S4 processor. 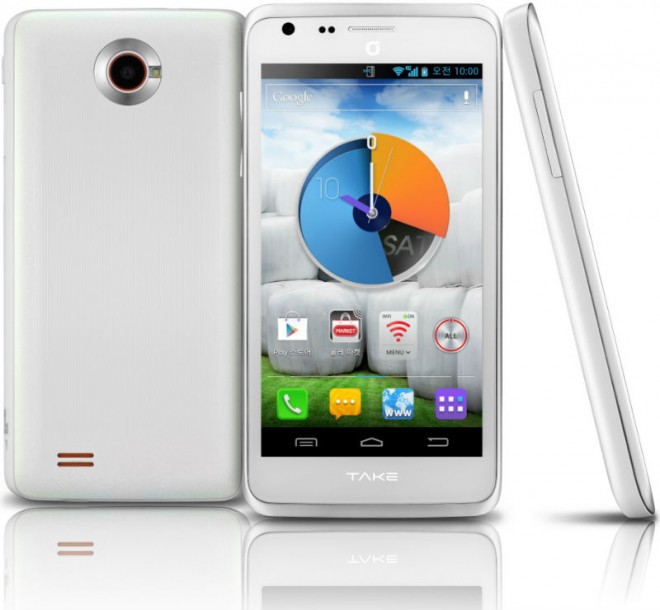 The device comes with LTE support, GPS, Glonass and an impressive 2.040 mAh battery, plus a 5 megapixel camera at the back. Speaking of the camera, its design and integration into the case is a clear copy of the camera on the HTC One X. Other specs include a front 1.3 MP camera and as you can see in the image above, there’s a proprietary user interface with a fast choice of themes. This LTE phone called Take LTE measures 9.9mm in thickness, weighs 138.5 grams and uses a 4.5 inch TFT IPS 720p screen.

There’s also a digital TV tuner on board, typical for Asia-only products, plus 1GB of DDR2 RAM, 8GB of storage, a microSD card slot, WiFi, Bluetooth 3.0 and NFC. I’m really curios to learn the price of this model, since it sounds like a pretty good phone.