Kyocera just unveiled two new Android 4.0 phones, that are appealing especially for people who like skinny dipping with their phones. Well, at least the new Kyocera Hydro will resist water contact, while the Kyocera Rise, the other newcomer may not quite be water resistant, as it has a sliding keyboard. 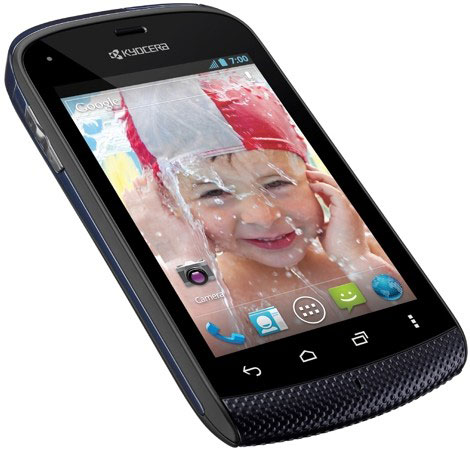 Both models use Kyocera Dura series technology, so the Hydro is water resistant with ratings of IPx5 and IPx7, meaning that the handset won’t be damaged if you get caught in the rain or if you drop it in the sink. You can also submerge the device in water up to 1 meter deep for 30 minutes and it will be safe. Kyocera Rise packs a sliding touchscreen LCD, so actually the screen is the one that slides above the QWERTY keyboard. Both smartphones come with 3.5 inch HVGA displays (IPS LCD) and 1GHz Snapdragon processors.

Both also provide 2GB of ROM, 512MB of RAM and microSD card slot support with 32GB capacity. And finally the two new Kyocera units offer 3.2 megapixel cameras with LED flash and the ability to record video. The handsets have WiFi, Bluetooth, USB 2.0 and 3 axis accelerometers among others. Pricing is a mystery right now. 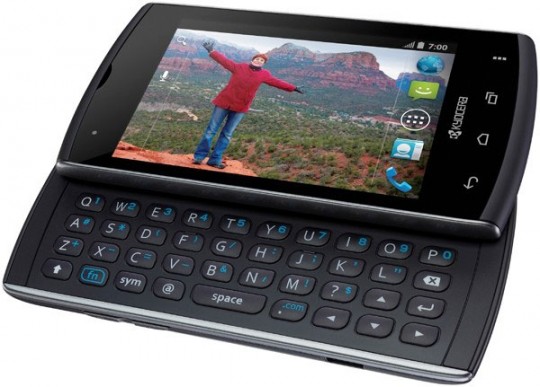