The first Intel-powered Android phone is a model that will be arriving on April 23rd and that’s the Lava XOLO X900, a phone coming to India with the Medfield CPU on board. The device costs $424 and it brings Gingerbread as the OS of choice. Here’s the device, which is only a beginning of Intel’s offensive on the smartphone market. 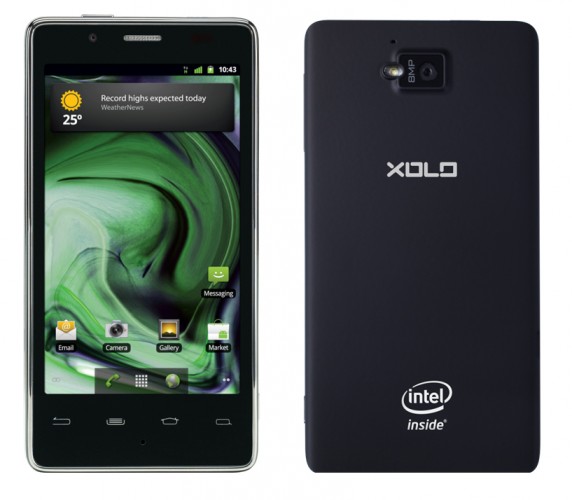 XOLO X900 features a 4.03 inch 1024 x 600 pixel LCD screen, quad band HSPA+ connectivity and an Intel 1.6GHz Atom Z2460 processor. There’s also an 8 megapixel camera on board and the promise of an Android 4.0 ICS update soon. Intel promises a burst mode capable of capturing 10 pics in less than a second, plus 1080p video recording, so it may end up being a camera better than the one on the HTC One X, for example, at least in the burst mode area. There’s also a 400 MHz GPU in the mix on the Lava XOLO device and battery life is supposed to reach up to 5 hours (3G browsing) or 45 hours for audio playback. You also get 8 hours of talk time from it.

MicroUSB, micro HDMI, a front 1.3 megapixel camera, stereo speakers, 16GB of storage and 1GB of RAM are also available on the handset, as well as Bluetooth 2.1 and WiFi b/g/n. It’s been years since Intel has been planning a move to the mobile world and it’s only now that they dare to make it. Let’s see how they handle the heat, especially with this first model and one more from Lenovo coming, the K800, plus at least one more created by Motorola.