Nokia Lumia 610, the lower end device in the Lumia series has just debuted in Asia and it’s supposed to go on sale in the Philippines in the final week of April. China, Hong Kong, Indonesia, Malaysia and Singapore will get this affordable WP7 model in the following weeks. Vietnam and Taiwan will also get them in the same time frame. 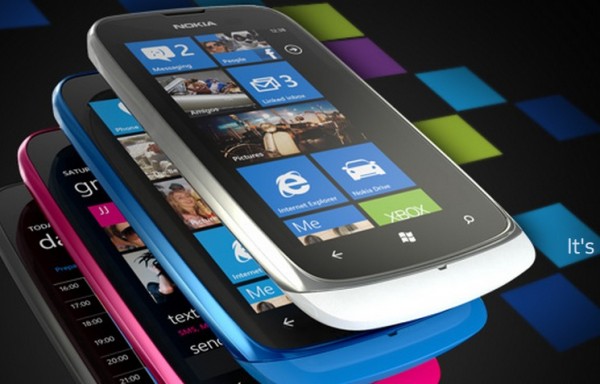 The Lumia 610 is meant to show the features of Windows Phone to a younger public and introduce them to those appealing tiles. I guess that emerging markets will get it the first, since that makes sense, considering the features and low price and Nokia also announced that in this quarter more countries will get the handset. Nokia Lumia 610 comes with 256 MB RAM, without a microSD card slot, Windows Phone 7.5 Mango as the OS, HSDPA 7.2 Mbps connectivity and a 3.7 inch 480 x 800 pixel display.

This candybar phone weighs 132 grams, measures 12mm in thickness and it uses a 1300 mAh battery, that provides 7.50 hours of talk time and 22.1 days of standby functioning. It also has a single core 800 MHz CPU, 8 GB of storage and a 5 megapixel camera with LED flash and 720p video capture. The folks in the know have mentioned a 180 euro price tag for this newcomer, in case you want it.