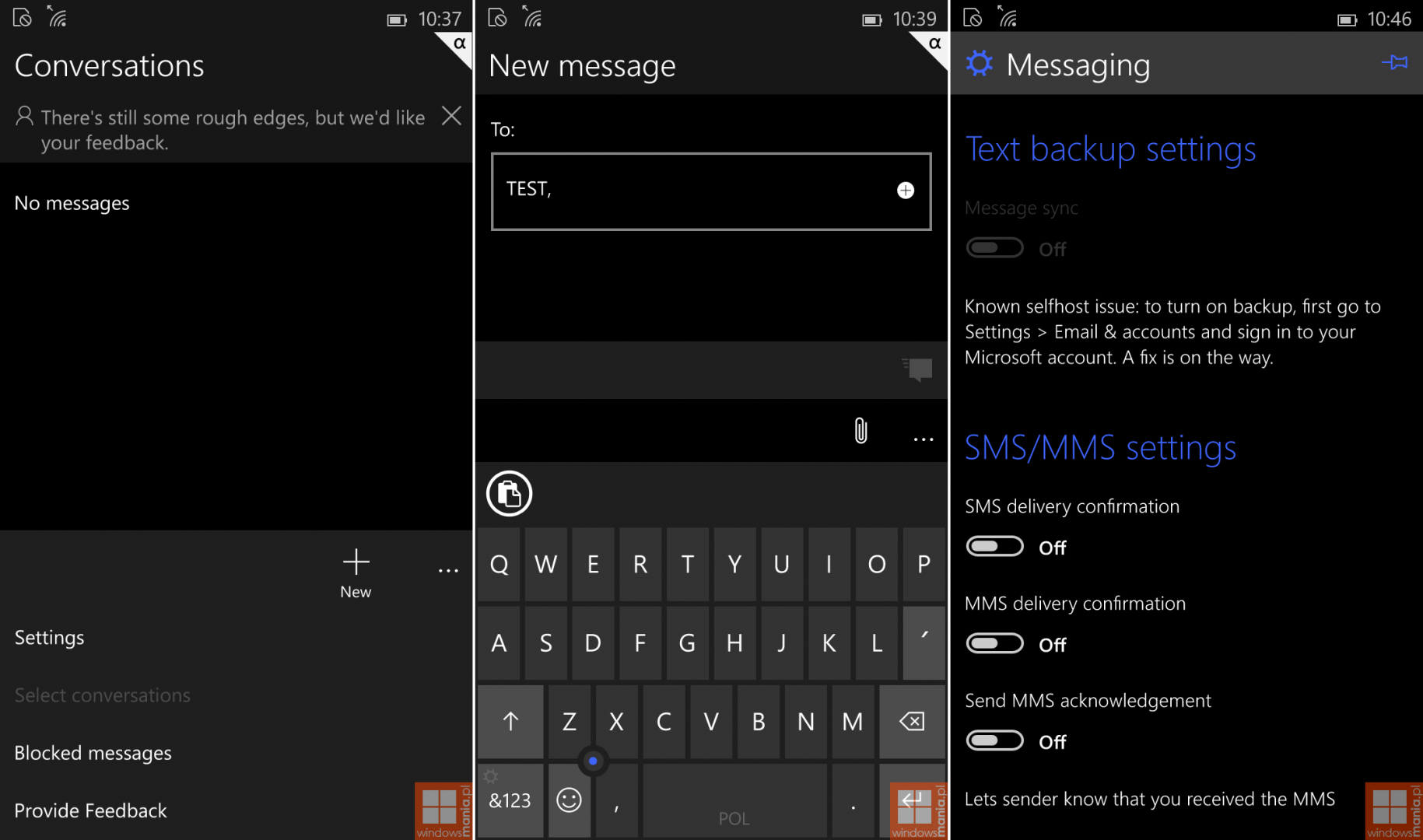 New screenshots from Windows 10 for phones have appeared on the web and we’re talking here about build 8.16.12521, that has leaked onto the Internet today. It brings a few interesting changes, that have been made to the OS, most of them focused on looks. 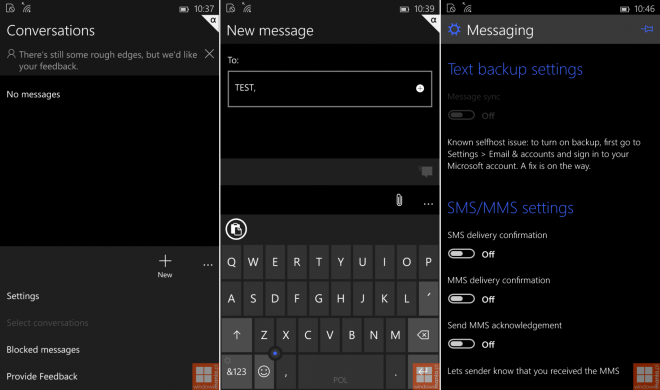 The screenshots reveal an improved UI, that includes brand new toggles, a new shade of blue and fresh icons in the status bar. The UI enhancements from Windows 10 on desktop will be present here as well, which was to be expected, seeing how the two platforms share code. There’s a clear sense of uniformity, when seeing these screenshots.

Microsoft has updated the icons as well, with fresh wireframe icons in the status bar. We also catch a glimpse of new messaging and people apps in the screenshots, ones that haven’t reached insiders yet. Leaks have also revealed that the Windows 10 for phone platform will bring LED notification support. Apps will thus be able to use sounds, vibrations, banners and LEDs to notify users. 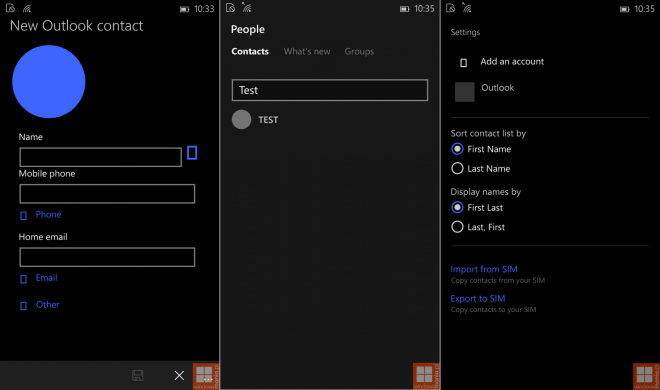