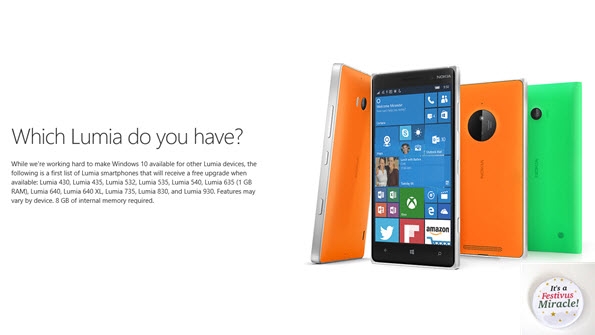 Microsoft promised that a month after the first Windows 10 Mobile handsets will be in stores, the Windows Phone Lumias will start getting their updates to the new OS. Today they’re back with a list of 11 phones that will receive the update.

Seeing that the Lumia 950 and Lumia 950 XL went on sale at the middle of the current month, we’re expecting mid December to bring the release. You can find the official Microsoft page with the listing here. And below you can check out the list of Lumia models ready for Win 10 Mobile:

Having tested the Lumia 640 XL LTE, I have to say I’m excited about this. It’s a solid handset, with a good main camera and a solid selfie shooter. It has a pretty bright display, good battery and performance and its case is solid. New flavours for the Office apps and an improved Cortana and Camera app should arrive too.