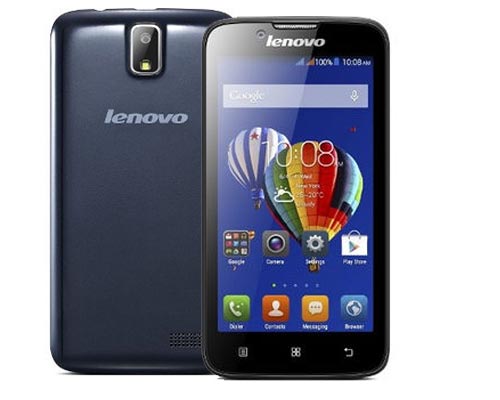 Lenovo continues to expand its handset segment, by launching an affordable smartphone in India, the Lenovo A328 model shown below. We’re dealing with a device that’s priced at $118 and has some midrange specs.

It runs Android 4.4 KitKat and it’s available in retail stores all over India. The newcomer uses a 4.5 inch 480 x 854 pixel display and it’s powered by a quad core 1.3 GHz processor, as well as 1 GB of RAM. It offers 4 GB of internal storage, a microSD card slot, a 5 megapixel rear camera and a 2 megapixel front shooter. There’s a 2000 mAh battery inside, that should provide about 13 hours of talk time and 240 hours of standby time.

On the connectivity side we’ve got dual SIM card slots, 3G, WiFi, Bluetooth and the Lenovo A328 may feel familiar, because price-wise it’s close to the recently launched Android One smartphones and has similar specs. It would have made a fine Android One phone, considering the Micromax Canvas A1 also brings, a 4.5 inch screen with the same res, just as much RAM, a 5 MP back camera and a front 2 MP shooter.