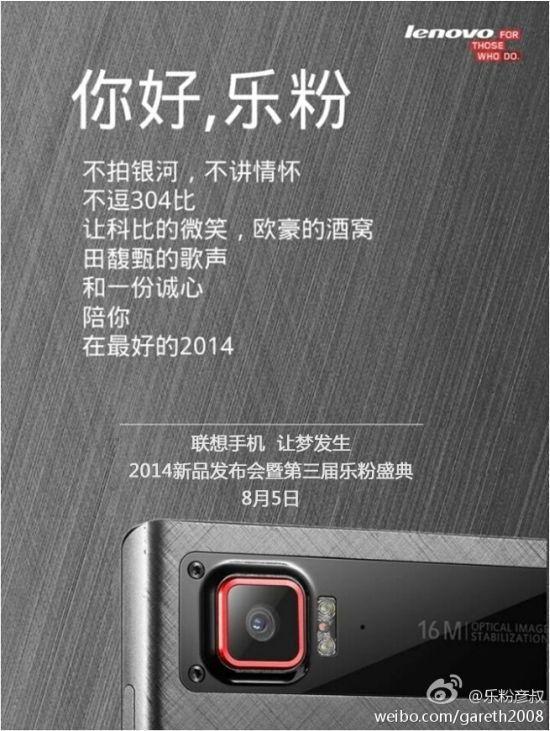 The Lenovo K920 is a mysterious phone, a new flagship that is ready to be unveiled in early August. The device appears to have strong specs and it’s supposed to debut on August 5th, during a special event. Lenovo must move fast, if they want to counter the latest Huawei, OnePlus and Xiaomi flagships unveiled this year.

The newcomer is supposed to pack a 2K display, as well as a Snapdragon 801 processor and 3 GB of RAM. The image shown above comes straight from Wang Yan, Lenovo’s Marketing General Manager, who posted it online. Lenovo K920 seems to feature the brushed aluminum imitation that has been so popular lately among Chinese device makers. There’s a rumor that this new model may be called Vibe Z2 Pro.

It’s supposed to be powered by the above mentioned Snapdragon quad core CPU and it’s expected to have a 6 inch 2560 x 1440 pixel display, as well as 32 GB of storage. It will have a main 16 megapixel camera and a 5 megapixel selfie camera. Android KitKat will be on board and probably a custom UI as well.