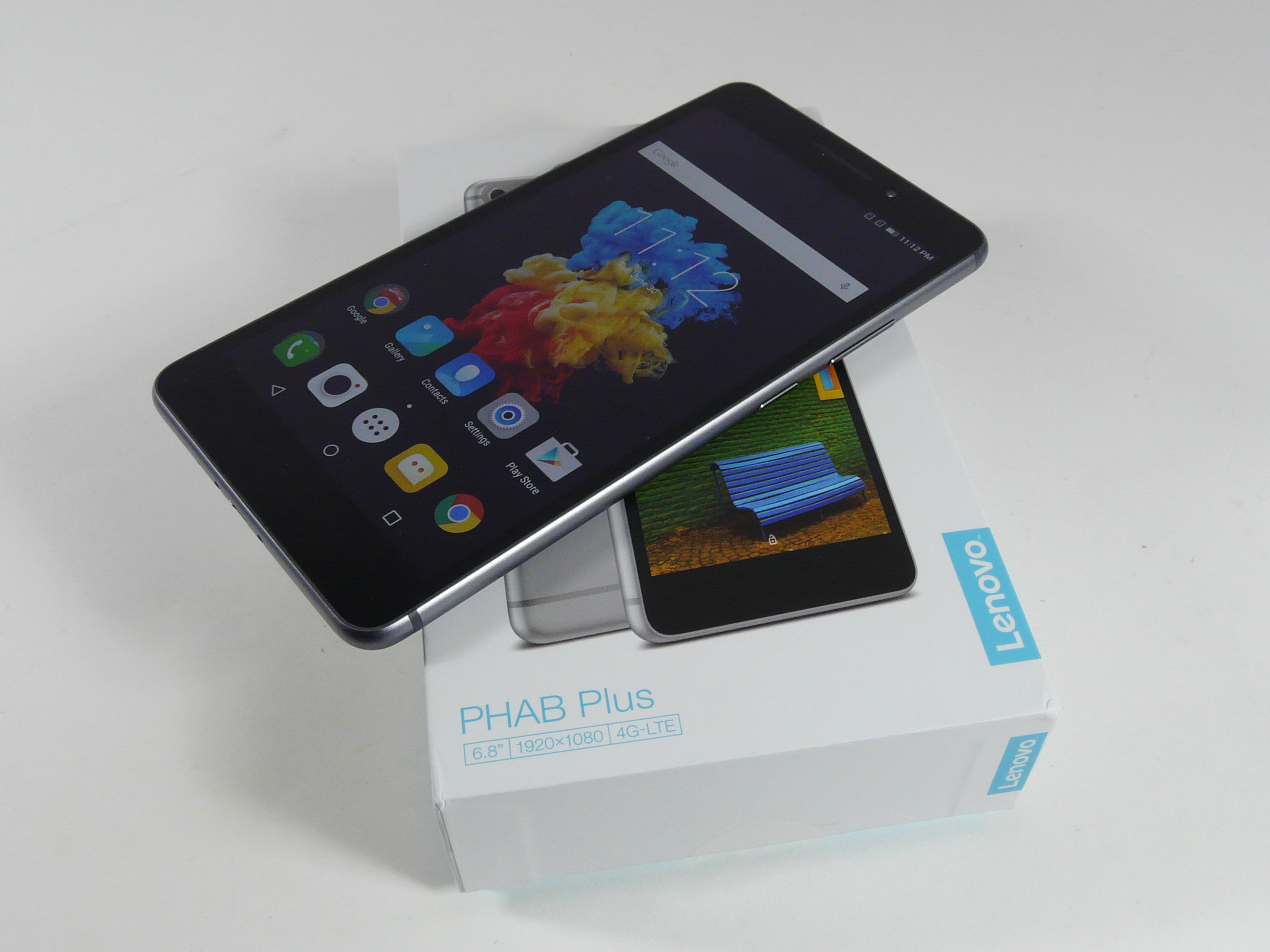 The Lenovo Phab Plus is a new phablet we’re playing with these days and it certainly feels like the XXL version of the iPhone 6 Plus at first glance. We’ve unboxed it below, for you to see and you should know that this model debuted at IFA 2015 and it’s priced at $300. 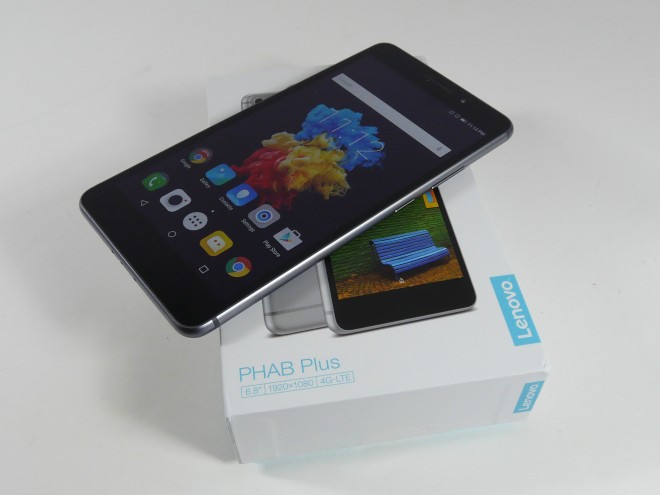 Inside the box we find a metal key, manual, USB cable and charger, plus the device itself. There’s no pair of headphones, I noticed. The handset is certainly large, not exactly FonePad size, but close. Its 6.8 inch screen offers a Full HD resolution and specs also include an octa core Qualcomm Snapdragon 615 processor, 2 GB RAM and 32 GB of storage. 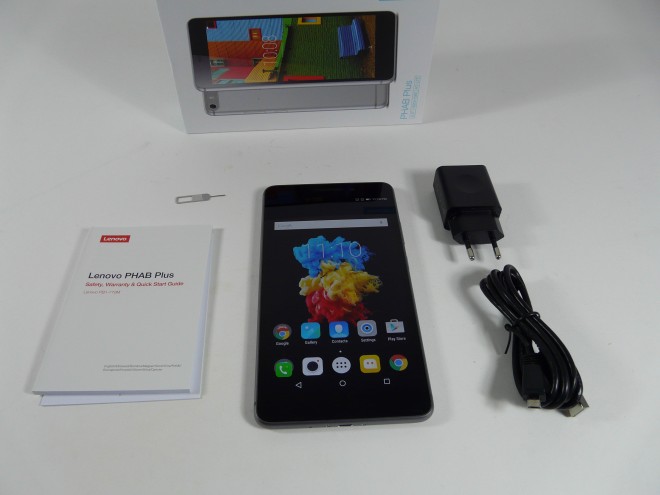 There’s a microSD card slot in the mix, a main 13 megapixel camera and a front 5 MP shooter. There’s GPS also included, plus Bluetooth 4.0, LTE and a 3500 mAh battery, that’s supposed to offer 24 hours of talk time. Measuring 7.6 mm in thickness and weighing 229 grams, this phablet is not for the feeble hands, that’s for sure.

I could barely grip it and I’ve held Galaxy Notes easily over the past years. It runs Android 5.0 and comes with Dolby Atmos acoustics. More will be revealed as we review it.