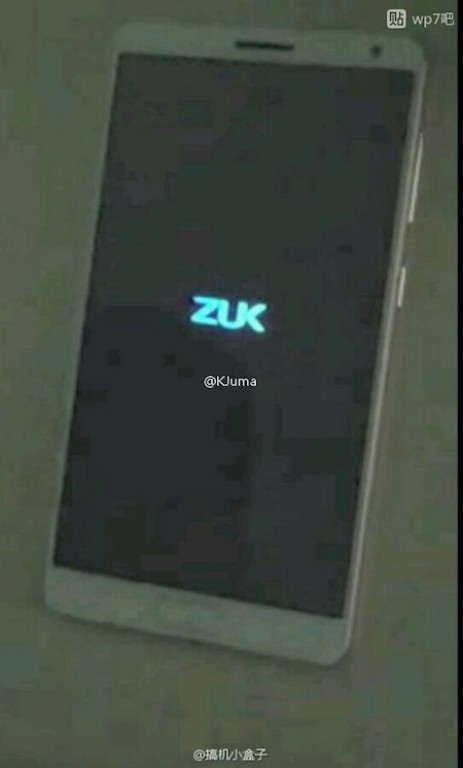 Lenovo’s ZUK arm is doing just fine, judging by the popularity of the handsets from this range and the sales they got. Now there’s a new model coming, already certified by TENAA and known as ZUK Edge. It’s been pictured in live shots today, so let’s check them out.

In spite of the name and rumors associated to the product, this is not a curved screen device, but rather a handset that has narrow bezels and that’s it. Spotted on Weibo in 3 pictures, the phone appears to have both narrow side bezels, plus top and bottom ones. It runs Android 6.0 Marshmallow supposedly and has a glossy, glass covered facade. 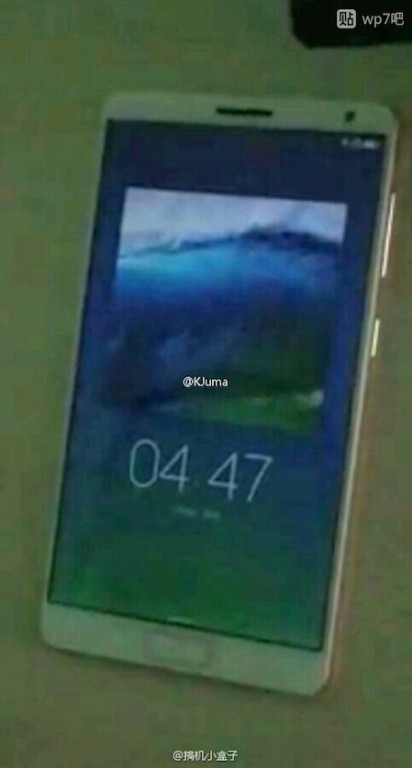 We can also see a Home button with fingerprint scanner included and Lenovo has opted for ZTE’s way of simulating a curve close to the edges of the device, as to warrant the name mentioned above. ZUK Edge relies on a Qualcomm Snapdragon 821 processor, a 5.5 inch Full HD screen, has 4 GB of RAM inside and 32 or 64 GB of storage. It also brings a 13 MP main camera, 8 MP front shooter and it’s just 7.68 mm thin.

The smartphone has a 3000 mAh battery and it should debut close to the year end. 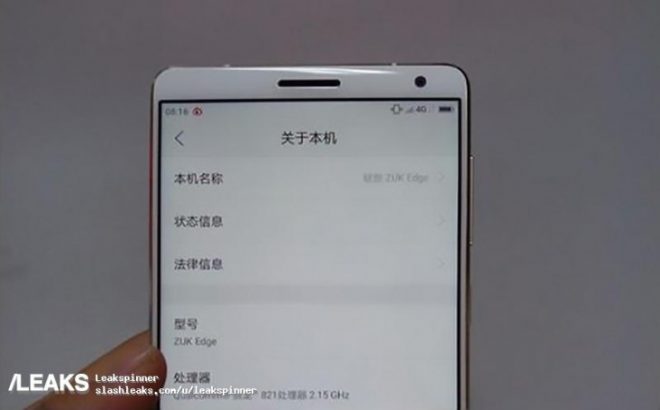