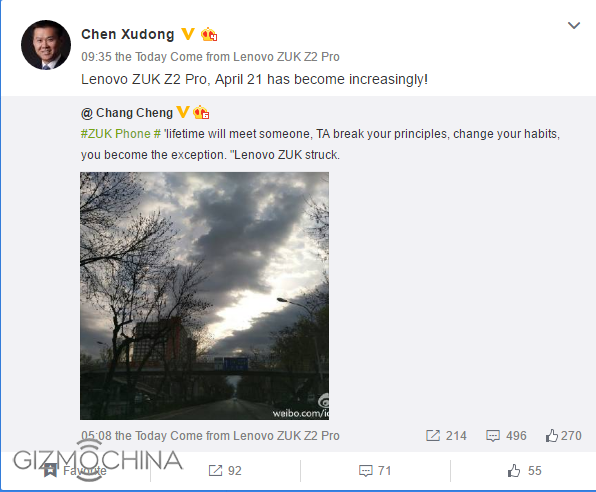 Lenovo’s branching out in 2015 was a good idea and the ZUK spinoff got traction fast. Its first flagship, the ZUK Z1 was well received, so we’re very curious to see how the Z2 will do. This time we’re expecting the Z2 Pro to drop by, a model that’s already been confirmed for launch next week.

ZUK CEO, Chang Cheng posted a confirmation message on Weibo, announcing the device’s unveiling on April 21st, which is next Thursday. This could be just a regional launch and the international one will follow later on. There haven’t been many leaks regarding this phone, other than an AnTuTu one, that had the handset listed under the codename Z2121. 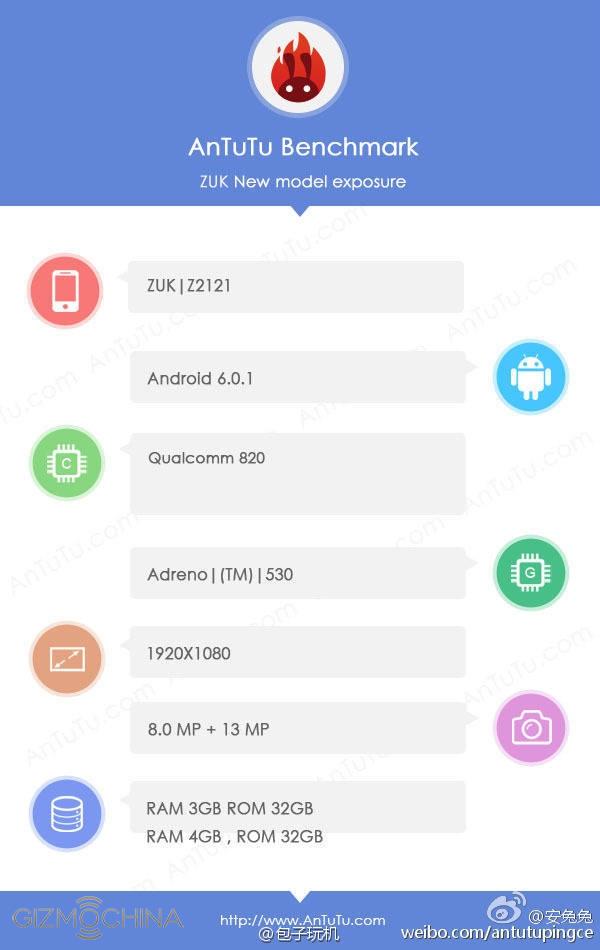 There it appeared with a Qualcomm Snapdragon 820 processor, up to 4 GB of RAM and preloaded Android 6.0.1 Marshmallow. Interestingly both the 3 GB RAM and 4 GB RAM versions of the ZUK Z2 Pro were listed with 32 GB of storage and usually the one with more RAM also gets more storage. This may mean we’re getting a microSD card slot.

Prices are expected to be below $400 and the screen is probably going to be a Full HD affair.