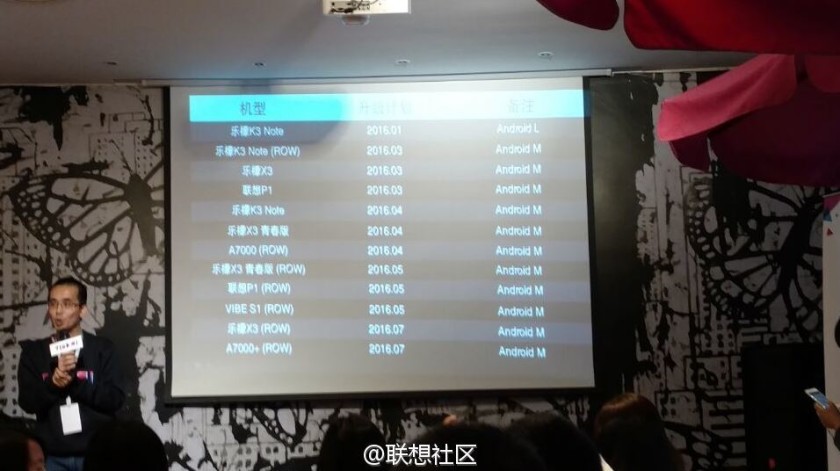 We’ve seen major names like Samsung, HTC, Motorola or Sony leaking or posting their schedule for Android 6.0 Marshmallow updates for their devices, but Lenovo was lacking from that list till today. Via a Weibo leak, they seem to have shown their cards. 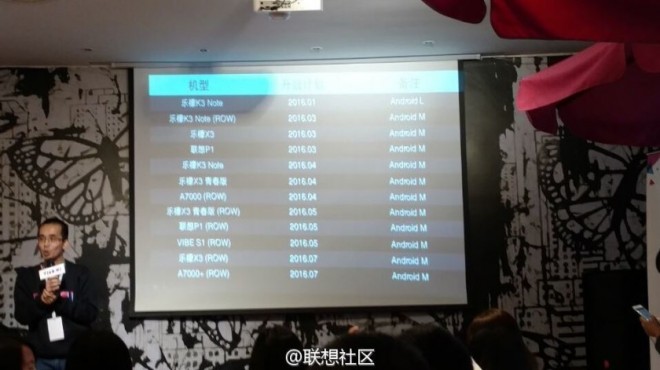 The roadmap mentions Marhsmallow updates for certain models like the A7000+, the X3, P1 or Vibe S1 models. The K3 Note is listed as getting Lollipop next month, while K3 Note ROW version gets Marshmallow in March, as does the Lenovo X3 and the P1. In April K3 Note, X3 and A7000 will get their share of Android 6.0 and one month later the X3 ROW version, the P1 and S1 handsets.

Finally in July Lenovo X3 ROW and A7000+ ROW will get theirs. Lenovo may not have had as good a year as Xiaomi or Huawei, but they’ve launched a few solid smartphones, plus they came up with the ZUK brand that’s doing very fine. Hopefully, they’ll stick to the timeline and deliver Marshmallow on time, possibly complete with a new custom UI.