The LeTV upcoming phones have been detailed a while ago and leaked quite a lot, but today we get some official info about the devices. LeTV is said to have at least 3 phones in development and at least 2 of them are scheduled for release later this month. 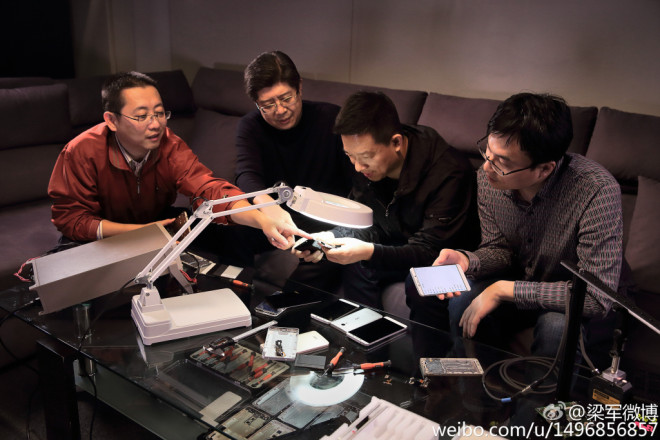 Last we heard, they were making a bezel free phone and a handset with a very powerful CPU. In the image above you can see LeTV officials in a meeting with a few LeTV handsets on the table and in their hands. One of the working models looks impressive, because it seems to have a minimal bezel and even the top bezel is very slim. There was another image from the meeting that showed a price tag of $241 for the upcoming LeTV S1 and $402 for the LeTV S1 Pro.

The Pro model will be a flagship, with a Snapdragon 810 processor on board, 4 GB of RAM and a Quad HD display. There will be a 20.7 MP back camera included, a 4 MP Ultrapixel selfie camera, while the S1 standard version will rely on a MediaTek CPU and use less RAM. It will adopt a Full HD screen and both units will come with USB Type C ports, apparently.

Expect some solid video streaming services bundled with these products, since that’s LeTV’s playing field after all.