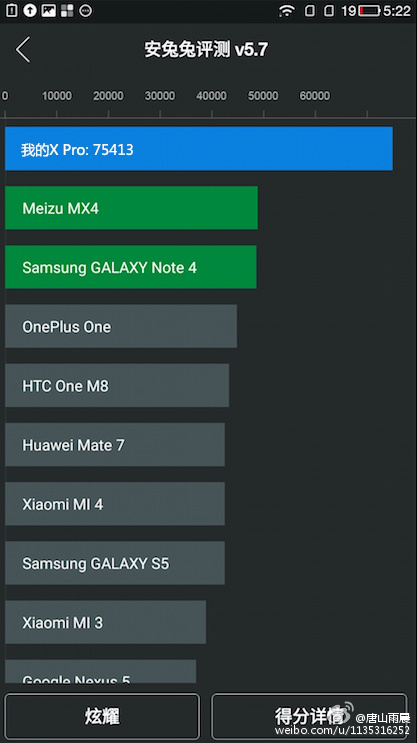 LeTV has gained a lot of PR rep this year, by releasing a few very good looking handsets, with ultra narrow bezels. They’re also powerful devices, as the latest leak of the LeTV X Pro shows, with the handset scoring a very good result in AnTuTu.

LeTV X Pro was spotted with a score of 75.413 points in this benchmark, even beating the likes of the Galaxy Note 5 or Galaxy S6 Edge+ by a few thousands of points. Considering the name shown here, the LeTV X Pro is expected to be an updated version of the current LeTV Pro phone and this reminds us that LeTV recently teased an upcoming flagship with a Snapdragon 820 processor.

The same CPU has been spotted in benchmarks before, on a mystery Samsung model, that also scored big time in benchmarks. The LeTV X Pro is expected to once again sport minimal bezels, 4 GB of RAM, a 21 megapixel back camera and rear fingerprint scanner. Expect a launch in a few weeks time.