While HTC is struggling to move a few thousand units of the HTC One in its homeland, LG is supposed to have already reached half a million Optimus G Pro units sold in its homeland. This 5.5 inch phablet was very impressive at MWC 2013 and we really liked it. 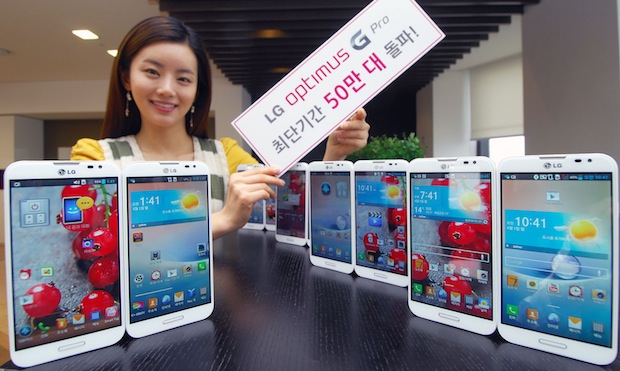 The Optimus G Pro scored 10,000 orders at launch, reaching half a million sold in just 40 days after its debut. The device also waits for an important April update, that will bring it sort of a Value Pack, included a Smart Video function, that will pause the videos you watch when you look away. There’s also the dual camera feature included, allowing you to create a picture in picture experience, using the two cameras on board.