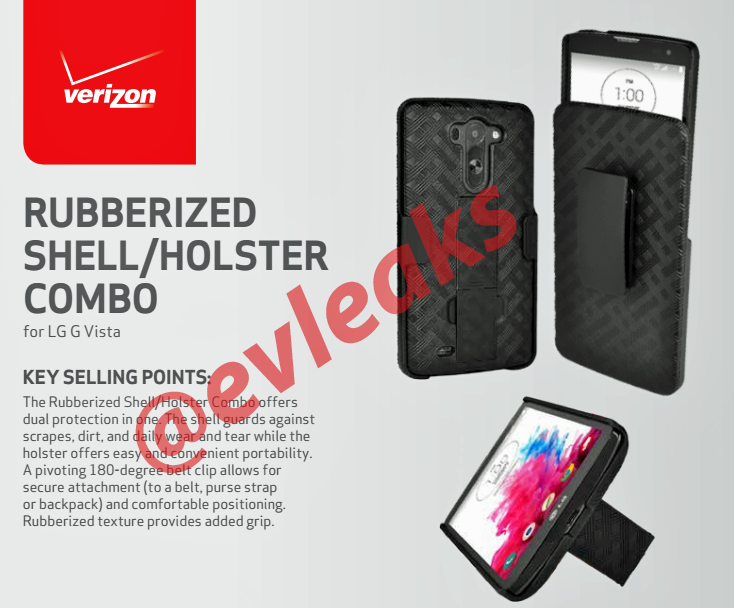 @evleaks has a fresh leak, this time related to the LG G Vista, a handset that’s coming to Verizon pretty soon. This model is shown in some sort of pamphlet, complete with accessories like a rubberized shell/holster combo. 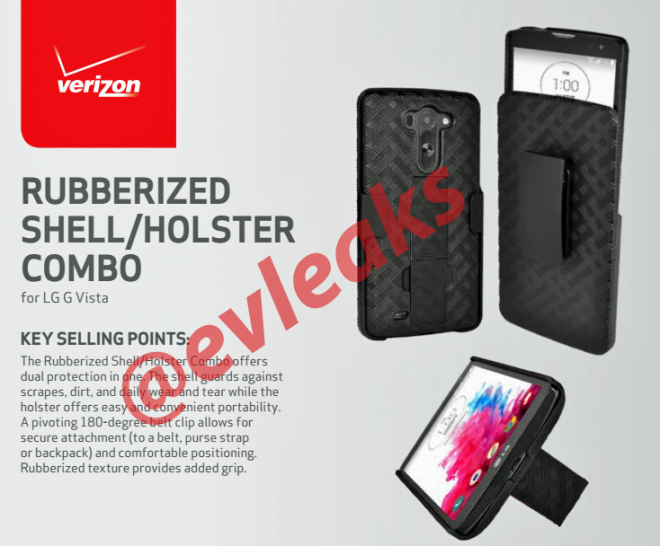 The G Vista is said to be the “LG G3’s little sister” and it was actually leaked before, under the codename VS880. The handset was first leaked in May and back then it was believed to be the LG G Pro 2 Lite. Then it was spotted in an FCC documents, confirming compatibility with the Verizon LTE bands and CDMA. The definition of “LG G Pro 2 Lite” may still apply by the way, but the branding is still LG G Vista.

Hopefully, the product’s name won’t be as ill fated as it was for the Microsoft product with the same name. This device is expected to have a 5.7 inch display with 720p resolution, Android 4.4 KitKat, a quad core Snapdragon 400 CPU and 1 GB of RAM, as well as 8 GB of storage. LG G Vista will have an 8 megapixel camera at the back and a front 1.3 MP shooter, according to the same rumors.