LG G3 has leaked a few days ago, showing us a flat UI and new proof about a 2K display. Well, today it appears again, this time with a late June unveiling date and an early July debut in stores. 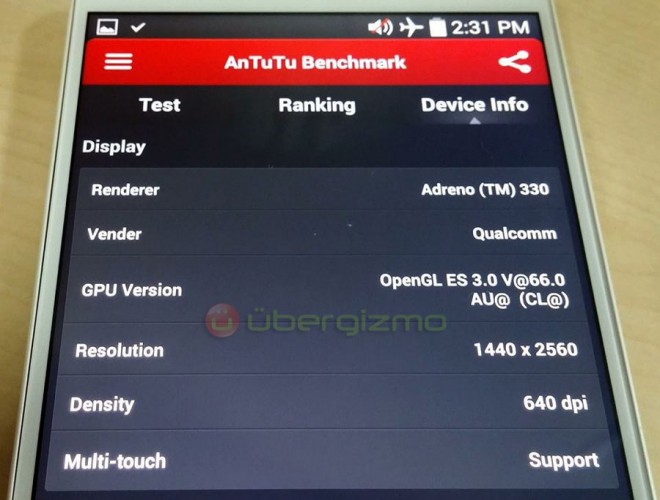 Unlike the other 2014 flagships, this model wasn’t launched at CES or MWC, so it may come at a later date. Instead LG released the G Pro 2, so now we have to wait a few more months till the G3 comes. Apparently, the Korean media has fresh info about that flagship, saying that it will be unveiled in late June and released in early July.

Originally, this model was meant for an August release like last year’s model, but now LG wants to hurry up and stay relevant. In the meantime a new capture has leaked, showing AnTuTu on the screen of the presumed G3, confirming the 2560 x 1440 pixel resolution. The diagonal is said to be between 5.2 and 5.5 inches and the CPU may be a Snapdragon 801 or the 805 even.

The codename for this model is LS990, so remember that name since I’m sure we’ll see it many times from now.