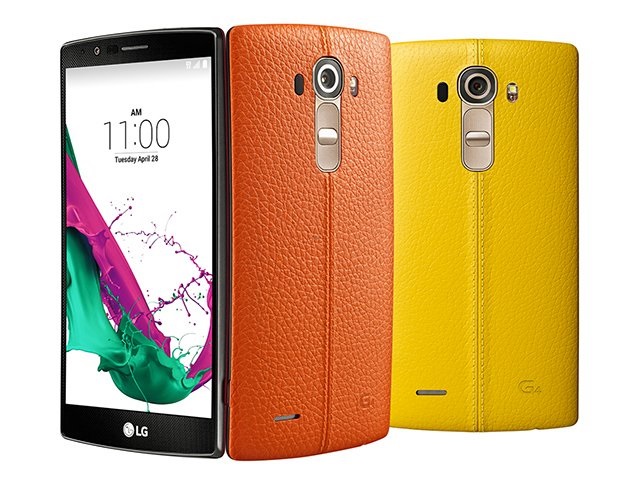 LG G4 has just debuted in two new colors in Taiwan, yellow and orange, both associated with the leather back cover. The handset keeps the same specs, but changes the color choice, that so far was reserved to marsalla, brown and black.

The orange model seems to adopt the granular texture of the black leather cover, while the yellow model has a tighter layer of leather applied to the back. The Snapdragon 808-based handset may or may not cost more in these versions, since they are new and presumably rare. With all the things that Samsung is doing in the background and the big screen devices they’re preparing, LG may also be bringing out a bigger G4 soon.

The LG G4 Pro/Note will probably be unveiled at IFA, with a new CPU inside and most likely keeping the leather back. I have a theory about these two new color versions: they’re LG’s reply for the just announced Motorola Moto devices, that are highly customizable, not to mention the OnePlus 2 cool backs.