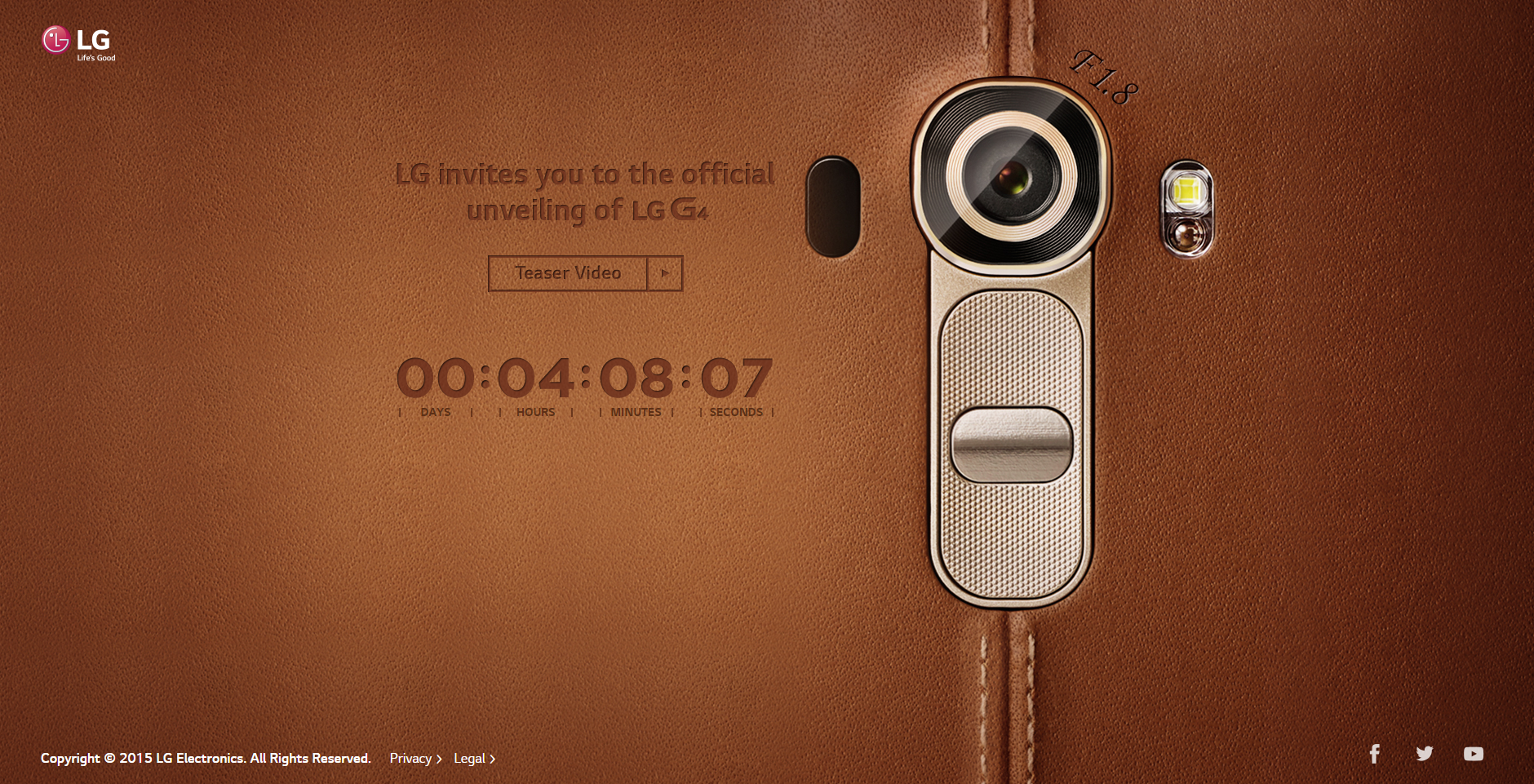 Since today is April 28th, it’s the big day of the LG G4 debut. The device will be announced in about 4 hours and we’ll get all the glorious details of the production process involving its leather back. 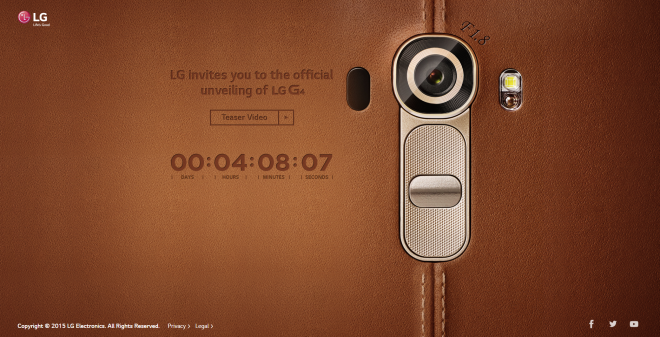 We’ve already seen tons of leaks and teasers related to this model and we’re pretty sure there will be a livestream from the event in a few hours. Anyway, surprises are lacking here, as the new flagship is expected to offer a 5.5 inch Quad HD screen, hopefully with better brightness and view angles compared to the predecessor. We’ll also get a hexa core Snapdragon 808 CPU inside and 3 GB of RAM.

LG has prepared two versions of the phone, one with leather back and one with plastic, according to rumors. The selling point may well be the new camera at the back, a 16 MP unit with optical image stabilization, phase detection/laser autofocus and an incredible aperture (F/1.8). The selfie camera has also been upgraded to 8 MP and rumors are also talking about a stylus.

We should also hear some details about pricing. If there’s a livestream, it should be here.