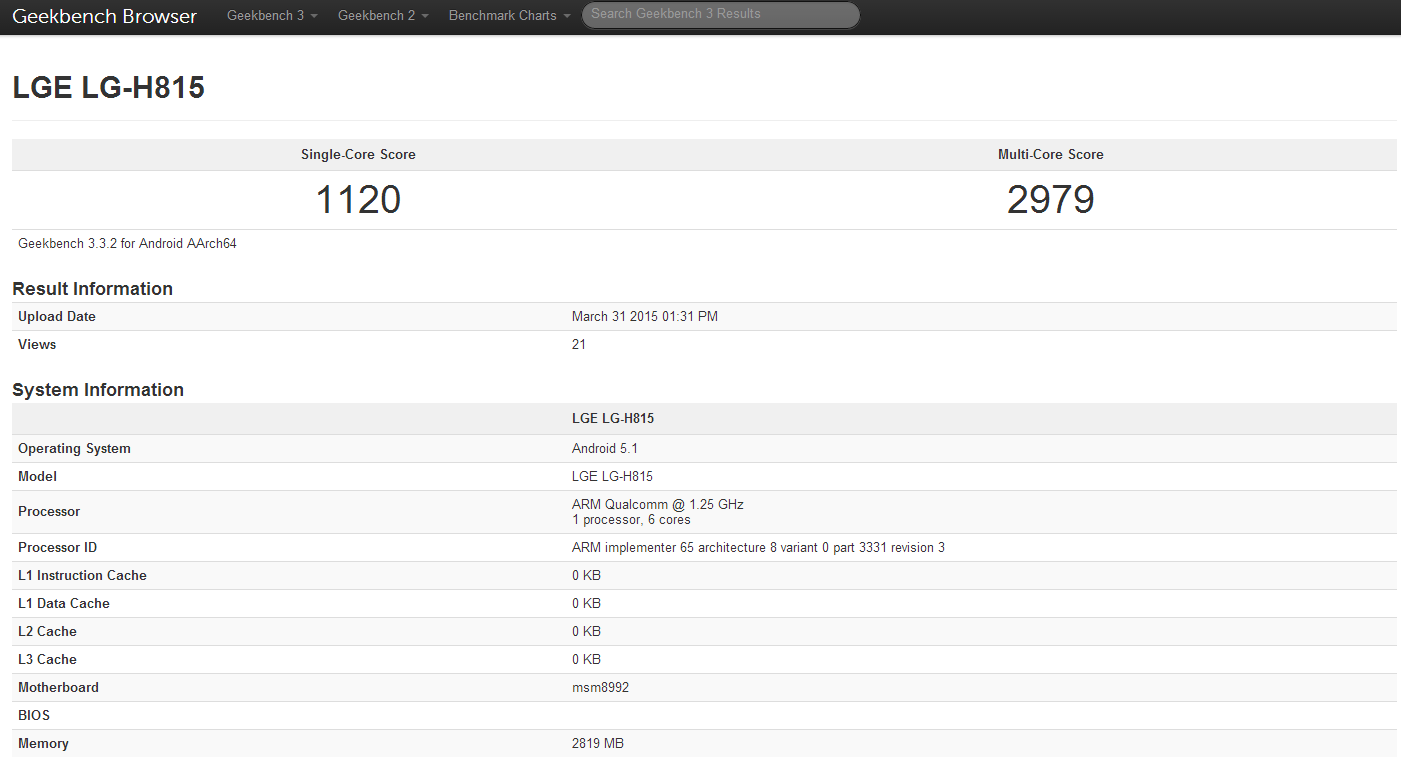 The LG G4 specs have been spotted in GFXBench, through a model codenamed F500x and this time we get a different version, codenamed LG-H815 benchmarked in GeekBench 3. It’s still the G4, since the specs are the same, but it may be another international version. 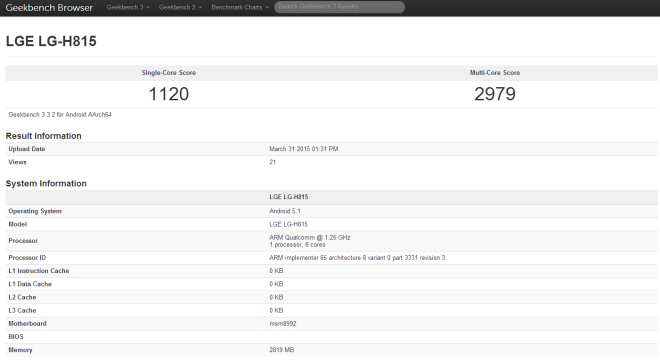 Last we heard, this flagship was being announced this month, so it can drop any day now. LG-H815 shows up here with what I would call not very impressive benchmark scores and it comes with Android 5.1, as well as a 6 core Qualcomm Snapdragon 808 CPU, probably an alternative to the problematic Snapdragon 810. This S808 chipset is a 64 bit unit, clocked at 1.25 GHz and the device also brings 3 GB of RAM and 32 GB of storage.

We’re also expecting a 5.5 inch screen on board, with Quad HD resolution, unless we get a 3K res, as rumored at some point in time. There’s also a potent 8 MP front camera confirmed by previous rumors, while the camera is still the topic of speculation. 16 MP should be the choice here, unless we get surprised by a 20 MP shooter.