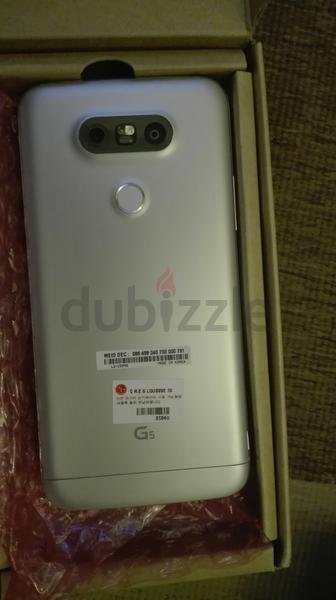 The LG G5 has leaked again, ahead of its debut on February 21st at MWC 2016. This time it’s a more atypical leak, that sees the handset listed for sale in Dubai. The device is priced at 2,500 dirhams, which is basically $680.

It’s also shown in hands on pictures, in order to confirm it’s the real deal. The dual camera is here, as well as the side volume buttons and what appears to be a metal case. In spite of the fact that the seller promises we’re getting a genuine packaging, it looks like a standard box to me. It’s said that the unit comes with a valid IMEI and it’s still in its original box. 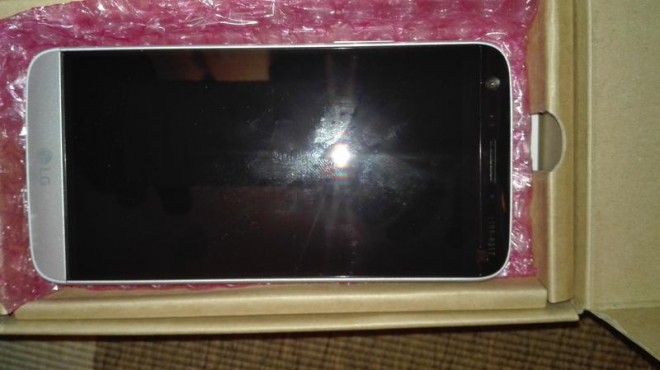 We can’t help but notice that its facade resembles the one of the LG G3 quite a bit and there’s no way of telling if there’s a second screen a la LG V10 here of if we’re getting a modular device. The rear fingerprint scanner is here, seen in most previous leaks, so another factor to consider. The dual camera setup looks legit, particularly if you remember those sketches and 3D renders we saw last month.

Now all that’s left to be done is purchase the handset and power it up. 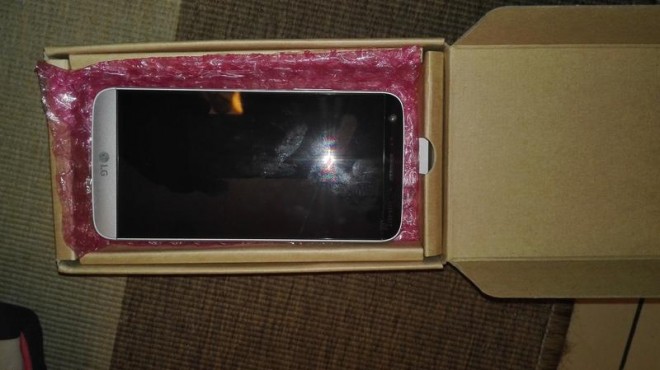