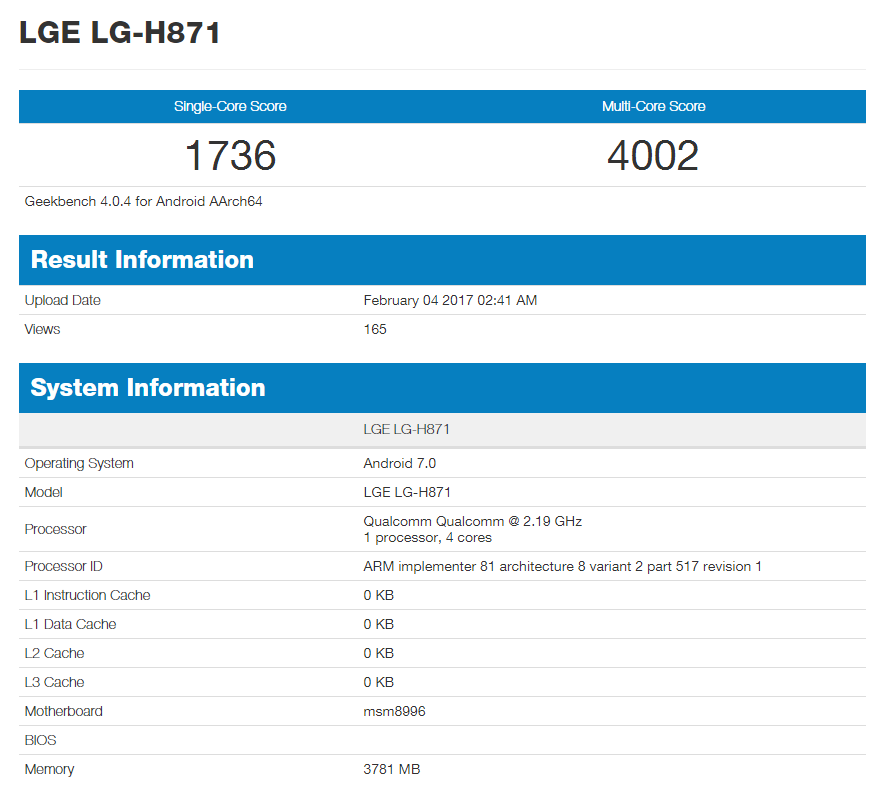 Rumors about the LG G6 and its Snapdragon 821 CPU have been flying around for a while now, but the Snapdragon 820 is also an option. Today that theory starts to get more palpable, as a device codenamed LG H871 just got benchmarked in GeekBench. 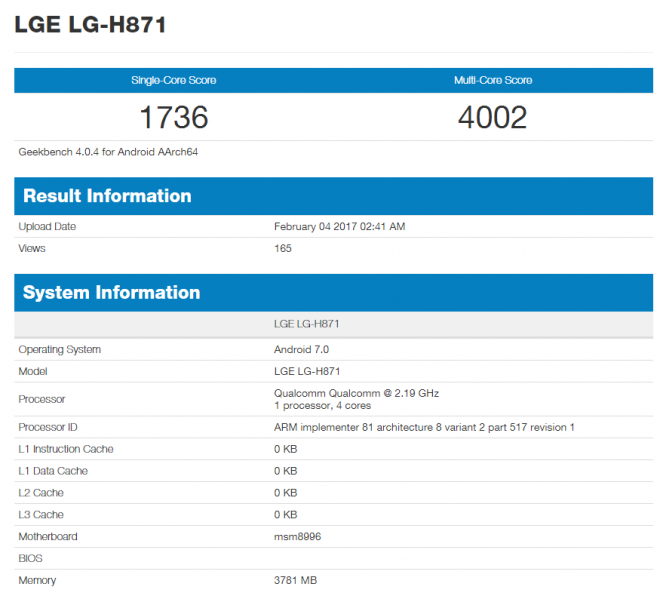 It sports The Snapdragon 820 CPU and it’s a mystery phone, with 4 GB of RAM also on board. There’s no guarantee this is the LG G6, but seeing how LG recently trademarked an entire series of names for devices, it may well be the G6 Lite or G6 Compact. The chipset is a newer version than the Snapdragon 820 models on the 2016 phones, but it remains to be seen if it can fight the Snapdragon 821 or not.

Android 7.0 is the OS found here, not Android 7.1 as expected. There’s a speculation saying that the LG G6 will get a different quantity of RAM depending on the region where it’s launched, 6 GB for North America and Europe and 4 GB in other places. It wouldn’t be the first time LG pulls tricks like this, since they launched the LG G4 with a CPU lesser than its rivals, the Snapdragon 808 instead of Snapdragon 810.

Also, the LG G5 debuted with a different CPU in Brazil for example and the LG G3 had different RAM quantities.  Well at least the LG G6 will have the same high end screen on all models.