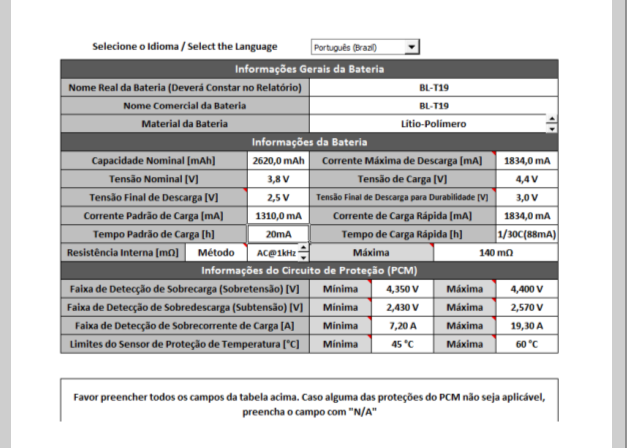 Last I heard, Google was getting ready to introduce the new Nexus handsets on September 29th and today we see yet another leak related to these models. This time, the LG Nexus 5X pops up in a battery filing that seems to come from Brazil.

The device is listed as LG-H791 and it’s said to be called LG Nexus 5X, which is the first time I’ve heard of such a naming pattern. Google updated the certificate of conformity for the battery, revealing a capacity of 2620 mAh, or better said 2700 mAh. Considering the technological advances of battery management in Android 6.0, you shouldn’t worry too much about the battery being less than 3000 mAh in capacity.

Also, Apple for example uses batteries with lower mAh count and still delivers long lasting usage. Anyway, both the Huawei Nexus 2015 and LG Nexus 2015 are expected to come at the end of the month, with Snapdragon 820/808 CPUs, 3 or 4 GB of RAM, metal and plastic cases, fingerprint scanners and dual front speakers.