Over the past days we’ve had quite a bit of leakage concerning the upcoming Nexus Phone from Google and its partner this time around, LG. Supposed to be a retooled version of the LG Optimus G, the handset appeared in some photos yesterday and today it gets pictured again, this time in clearer shots. 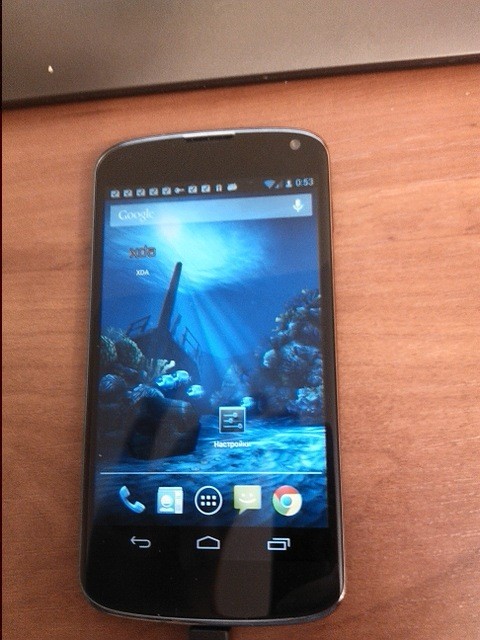 Also known as LG-E960, LG Nexus showed up this time on the XDA forums and apparently it has a glossy back side with an interesting texture. The back plate is actually a bit similar to the back of Sprint’s LG Optimus G version, shown at CTIA MobileCON. The front resembles both the Galaxy Nexus and the LG Optimus LTE, but this time with a chrome-style bezel and different speaker grille. The home screen and on screen buttons all look like Nexus material and as far as specs go, the XDA poster also mentioned a list.

The list includes a quad core ARMv7 1.5 GHz processor, 2 GB of RAM, 8 GB of storage, sadly no SD slot and the Adreno 320 GPU. The OS is mentioned as JellyBeanMR1 and there’s also an 8 megapixel camera and a screen with a 768 x 1184 pixel resolution. This fits previous leaks, but I have to say the internal storage is a huge bummer, especially in lack of expandable memory. In case the strange resolution puzzles you, it’s caused by the on screen buttons that eat up some space. The diagonal should be somewhere around 4.7 inches here. 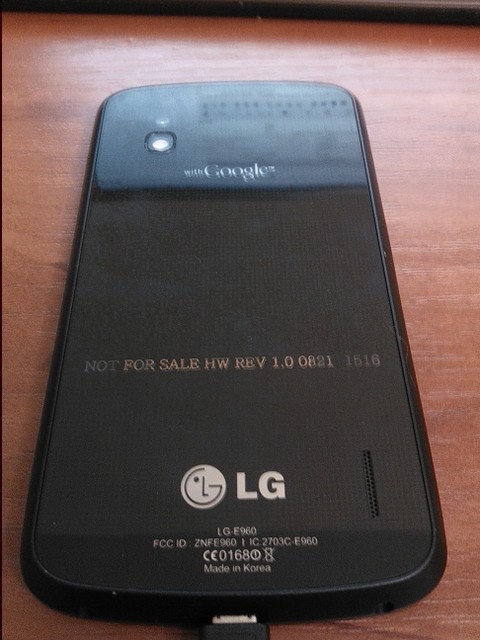